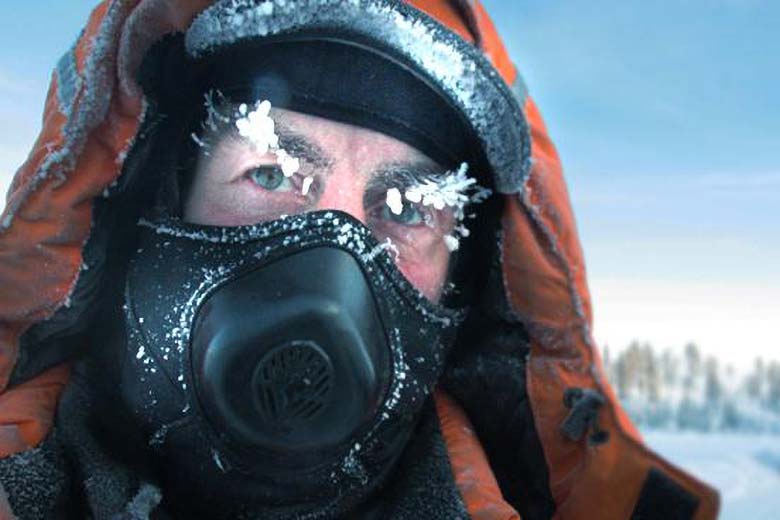 It should perhaps come as no surprise to learn that the man regarded as the world's greatest explorer had already been to the Isle of Man prior to his first 'Evening with..' show in 2012.

But it may raise an eyebrow to learn why Sir Ranulph Fiennes was in the Island about 30 years ago.

Sir Ranulph, who is coming back to the Isle of Man later this month for another show, at the Villa Marina, was in the Island in 1983 to oversee the burying of a golden egg - one of 12 that chocolate firm Cadbury hid around the British Isles.

'They wanted someone with special forces training so we could carry out the digging without being observed,' the explorer told the Manx Advertiser.

As far as adventures go, it appears to be one of the least risky undertaken by a man who has run seven marathons in seven days on seven different continents - just weeks after a heart attack, discovered a lost city in Arabia, cut off his own frostbitten fingertips and scaled Everest.

And that's barely the tip of the iceberg.

He's also the first person to have reached both poles, as well as the first to circumnavigate the globe along the Polar axis, all with Charles Burton.

So which has been the toughest achievement? He said it was discovering that lost city - known as the Atlantis of the Sands - after numerous attempts.

'The one that took the longest to achieve, over 26 years, with eight major 4WD expeditions into the desert,' he said.

And success only came by chance. Normally the Sultanate of Oman did not give permission for filming, but it had been granted for the purpose of searching for the lost city. But, after two months of looking, Sir Ranulph overheard security guards from the Omani ministry, who had accompanied them, speculating that there was no genuine attempt to find the city.

So, he ordered digging to start as soon as possible, even though there were no indications they were in the right place. Within a fortnight, a 10-inch Persian chess set had been discovered and the lost city was found - although its history is till the source of much debate.

Sir Ranulph's expeditions have raised millions for charity and always see him test himself to the limit.

None more so than scaling the north face of the Eiger, in spite of a fear of heights.

One of the reasons for that was he normally overcomes fear by confronting it. That certainly worked where spiders were concerned, Sir Ranulph overcoming his arachnophobia in the toughest possible way.

He found himself in the desert after being seconded to the army of the Sultan of Oman and, as well as a number of soldiers, he spent a lot of his time in the company of large spiders.

'I was more frightened of looking a wimp,' he said. 'I'm talking five-inch, furry legged large spiders - and you are in shorts and one of these things comes around on your thigh. You didn't scream, because you didn't want to lose respect.

'After about three years in the desert I realised these things were all over the place and they didn't bite and you got used to it.'

However, despite taking on the Eiger and taking part in three Everest expeditions, culminating in becoming the oldest Briton to reach the summit in 2009, he claims that he is still not keen on heights and tries to stick to ground level.

If someone made a film with a lead character who achieved everything that Sir Ranulph has, apart from having to create an epic that would be double the length of the Lord of the Rings trilogy, it would be dismissed as too fanciful.

He is a living legend, as simple as that.

This article first appeared in the Manx Advertiser.