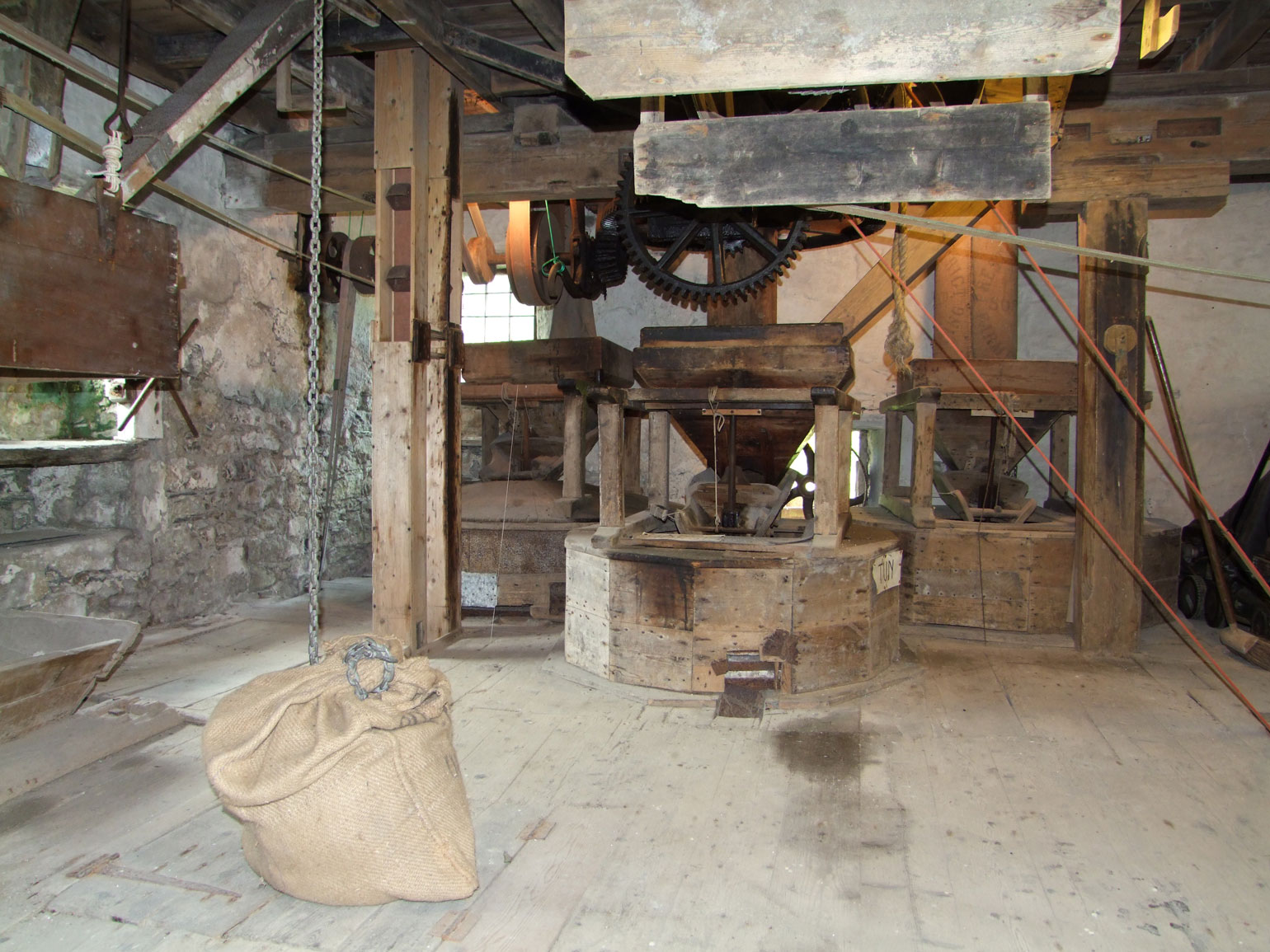 The National Mills Weekend, organised by the Mills Section of the Society for the Protection of Ancient Buildings, is a popular annual festival celebrating the milling heritage of the British Isles, providing a unique opportunity to visit a large selection of windmills and watermills.

Until the advent of the steam engine, windmills and watermills provided the only source of power for a number of processes, but here on the Isle of Man little remains of this once vibrant industrial heritage, with many of the mills having fallen into neglect.

Despite this, a few of them have been lovingly restored by their owners and during National Mills Weekend Kentraugh Mill, based in the south of the Island, will be opening its doors to the public and raising funds for charity.

Located close to the Shore Hotel at Bay ny Carrickey (also referred to as Gansey Bay), The Little Mill as it was colloquially known, was run by the Qualtrough family for over 400 years, but is now owned by Canon and Mrs Elizabeth Sheen.

Although probably a working mill for centuries, it's believed that Kentraugh Mill was largely rebuilt about 1832, when the current machinery was installed, but is known to have ceased as a working mill in 1943 when the building became redundant.

Lying unused and forgotten for over twenty years, it was restored by Mr R. M. Nuttall (father of Mrs. Sheen) when he purchased the miller's house in 1965, little realising that what he thought was a garage was in fact a disused watermill.

During the weekend visitors will be able to join an extensive guided tour of the three-storey building, see the mill in action and learn more about its colourful history, as well as paying a visit to the Chapel Garden across the road, which was used historically as a miller's store room and as a meeting place for the Primitive Methodists.

Admission to Kentraugh Mill, which is a popular venue during National Mills Weekend, is free but donations are welcome towards the owners' chosen charity, the United Society (Anglicans in World Mission).

Although the route to Kentraugh Mill will be well signposted during the weekend, further information is available by phoning 832406, but visitors are reminded that tours of the mill are undertaken at their own risk and that there are some open steps to negotiate within the building.

New for this year is Mills in Art, a competition for artwork in any medium on the subject of windmills or watermills with prizes on offer for both adults and those aged under 16. Further details available from the National Mills Weekend website.