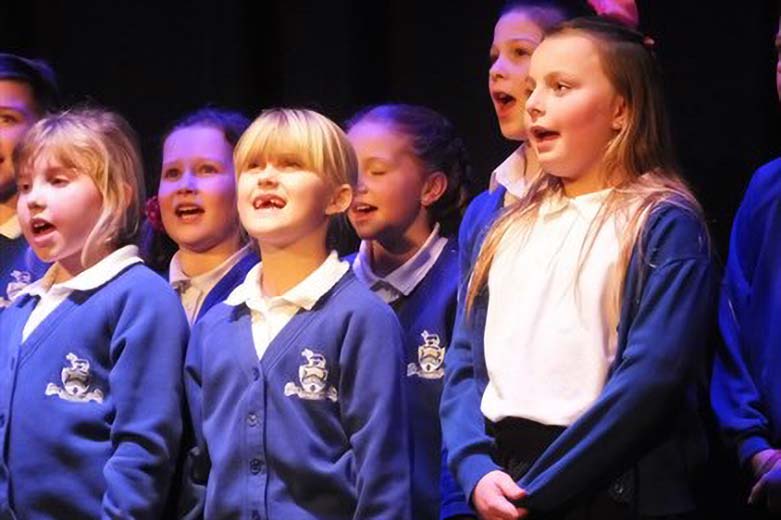 The centenary of the death of Manx cultural champion, Sophia Morrison, was commemorated with a number of events organised by Roy Kennaugh, including local organisations Mec Vannin, the Celtic League, Yn Ҫheshaght Ghailckagh (Manx Language Society) and the local branch of the Celtic Congress.

First off was a small gathering at the Morrison family plot within Peel Cemetery, where Sophia was laid to rest at the age of fifty seven. A number of speeches pre-empted a wreath-laying ceremony by her grand-nephew Thomas Crellin Morrison Frost, before returning to the Methodist Church in Atholl Street in Peel for a well attended talk about Sophia Morrison's life by Dr Breesha Maddrell. This was followed by a 'Manx tay' in the Guild Room next door.

During the evening a packed Centenary Centre enjoyed a Manks Concert, which brought the day's commemorations to a close. Many of the groups and individuals performing here represented much of the work adopted by Sophia, including recitation, music, poetry, dialect and the Manx language.

Involving entertainers of all ages, this included a final opportunity to see the Manx dialect play The Charm, initially performed at what was originally the Centenary Hall in 1912  by the Peel Players.

But there's also a chance to look at a small exhibition about Sophia Morrison from a local perspective, at the newly refurbished exhibition room within the Leece Museum on East Quay in Peel. It's a perfect introduction to her life and work in a relaxed setting and continues until the 18th February - 10.00am until 4.00pm Tuesday to Saturday.