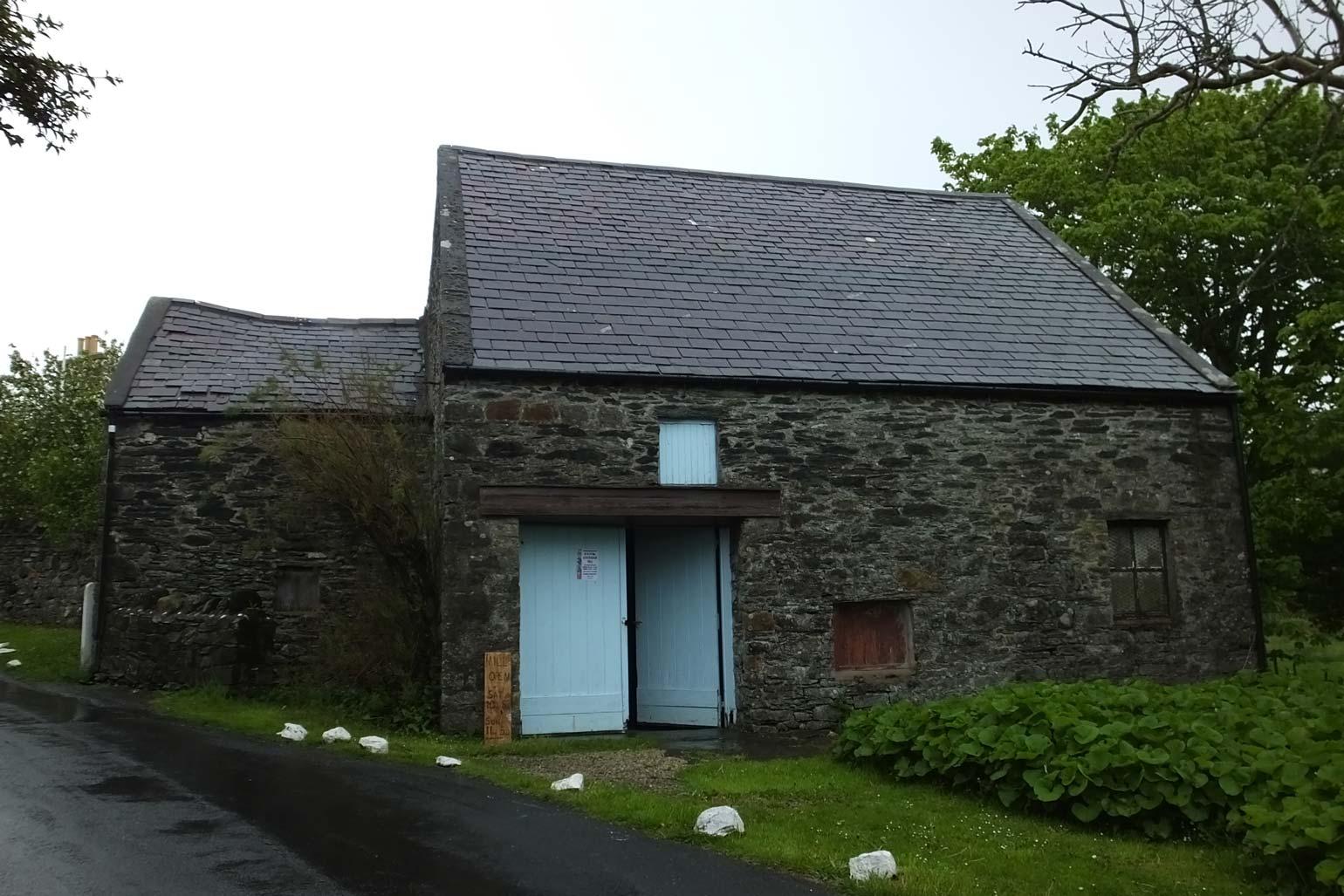 National Mills Weekend is an annual festival organised to celebrate the UK's milling heritage, but there's also a great opportunity to experience the fascination of a working mill here on the Isle of Man.

Rarely open to the public, Kentraugh Mill is owned by Canon John Sheen and his wife Elizabeth, who inherited the building from her father, Mr R. M. Nuttall. The miller's house was bought by Mr Nuttall in 1965, but he was astonished to discover that the now derelict mill (which he thought was a garage) was part of the deal.

The three storey building was lovingly restored over the course of the next five years, as Mr Nuttall pieced together its fascinating history.

Powered by a now dilapidated waterwheel, Kentraugh Mill was owned by the Qualtrough family for many years, and is thought to have been in use since the early sixteenth century.

It's believed that the mill was largely rebuilt about 1832 (or earlier) when the current machinery was installed, replacing a largely wooden construction.

Kentraugh Mill left the hands of the Qualtrough family in 1904, when the building was sold to a nearby miller, John Woods of Ballabeg. The mill continued to function until 1943 when the door was locked for the final time, remaining untouched for over twenty years.

Visitors can avail themselves of the opportunity to join an extensive tour of the mill and see the machinery in action before heading across to the remains of the miller's store room; which was once the site of the first Primitive Methodist Chapel on the Island in 1825. It's now known as the Chapel Garden.

A weekend of unashamed nostalgia, the annual Open Days are co-ordinated by the Mills Section of the Society for the Protection of Ancient Buildings, who will once again be organising the successful Mills in Art Competition; with prizes on offer for both art and photography.

The Society for the Protection of Ancient Buildings was founded by William Morris in 1877, followed by the Mills Section, designed specifically to protect and promote windmills and watermills in 1931. The National Mills Weekend was first organised in 1984, and is recognised as part of a European festival of milling heritage during the month of May.

Entrance to Kentraugh Mill is free, but donations are invited for the United Society - Anglicans in World Mission, whose Chief Executive, Janette O'Neill, will be on the Island that weekend.

Visitors are reminded that they tour the mill at their own risk.

Further enquiries to Elizabeth Sheen on 832406.