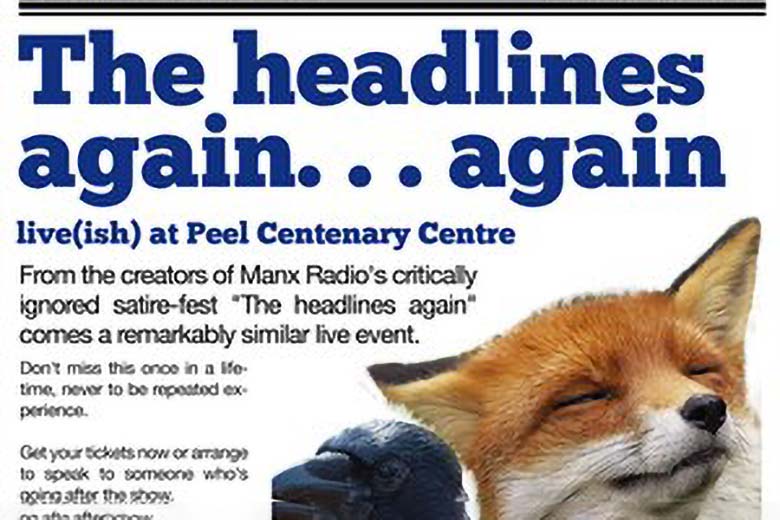 If you're looking for some humour to raise your spirits this Saturday evening, then get yourself over to the Centenary Centre in Peel, where you will be guaranteed an evening of laughter, fun and a wry look at Island life.

The Headlines Again......Again! will take a satirical look at both the Island and its dignitaries, taking the form of the original shows transmitted some years ago, which were recorded at the Centenary Centre before broadcast on Manx Radio.

Roy McMillan, one of the original cast members and a former Manx Radio presenter, offered to write the script and return to the Isle of Man to star in the show, which is the latest event to raise funds for this popular, volunteer run venue.

Those memorable early shows were also a focal point for the late, great Roly Drower, for whom there will be a tribute at this weekend's concert.

Additionally, there'll be a selection of poems from the legendary Vinty Kneale (a rare opportunity to hear a master of the written word), together with some distinctive Americana music and songs played by Beastie Dovey, Donal McMahon and Barry Pitts.

A great night out for a tenner!