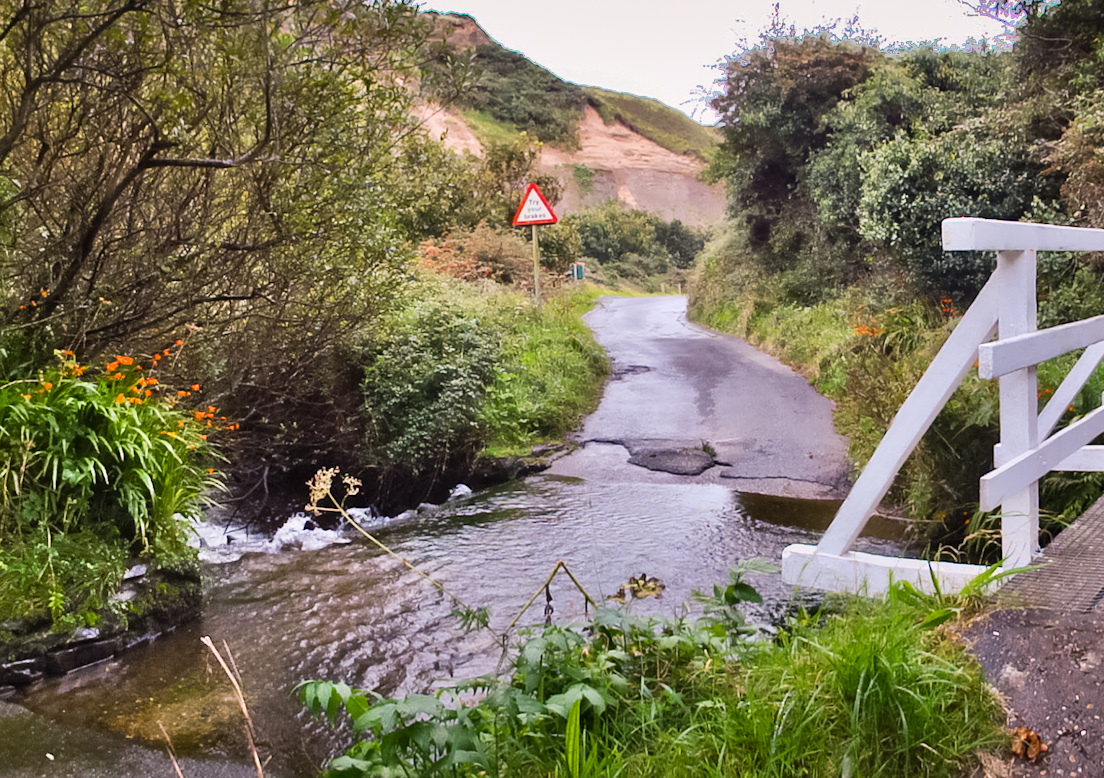 There are actually three Glen Mooars on the Island, but this one, being one of the National Glens, is the one in the parish of Michael, on the west coast road from Peel to Ramsey, 1/2 a mile from Kirk Michael.

The road cuts through the glen making it appear to be two separate glens.  The path, which leads you to one of the highest waterfalls on the Island, is reached from the Barregarrow road, and the section leading to the beach is on the main road.  This glen comprises 10 acres and has a length of approximately 1/2 a mile.

Access is by car or bus.  A small car parking area is at the start of the path leading to the waterfall.

One of the main characteristics in this glen are two old railway pillars, some 70ft in height, which carried the bridge, built in 1878.  This bridge was used by the steam railway northwards to Ramsey.

Walking up the glen, above the west bank of the river, you come to an ancient monument, an early Christian Chapel or "Keeill", known as "Cabbal Pheric" or "Patrick's Chapel".  This dates back to about the 8th - 10th centuries and was dedicated to St Patrick.  Here you will also find the remains of a hermit's cell.

Glen Mooar is home to the highest, and most photographed, waterfall on the Island.  It is known as "Spooyt Vane", or "White Spout." This can be reached by descending the steps across private land to which the public is kindly allowed access.