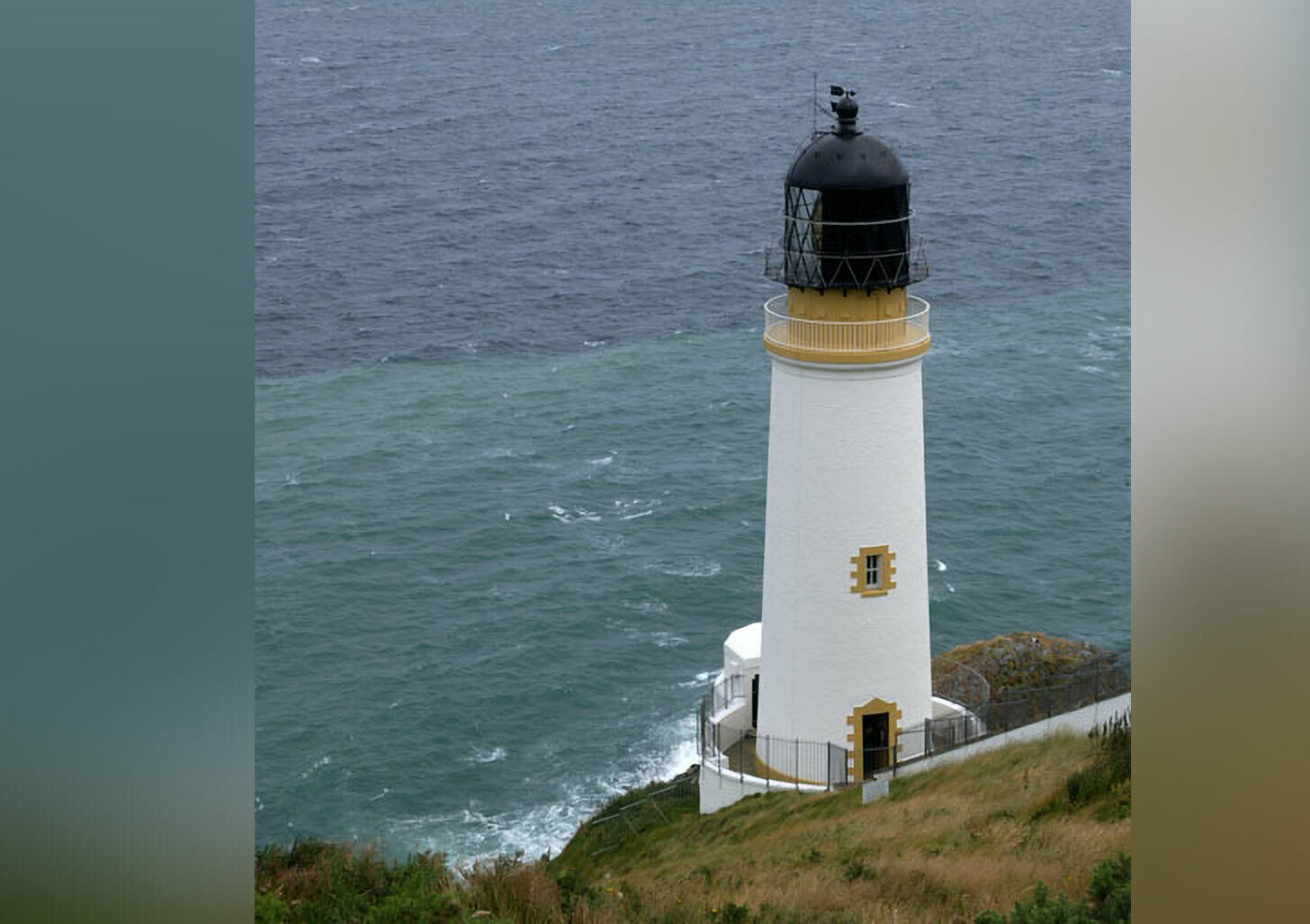 Structure
White tower 23 metres high. There are 87 steps to top of tower.

After a meeting on 3 February 1909 concerning new works, the Board of Trade requested the observations of the Commissioners on a suggestion put forward by Mr Gardner (Engineer) that a fog horn be established at Maughold Head. The suggestion was put forward as a result of a complaint from Lord Inverclyde that the Whitestone Bank Light was often extinguished and on several occasions shipping had come to grief. There being no light between Point of Ayre and Douglas Head, it was advised that a light and fog signal would be of great assistance to shipping, but as the Commissioners had other proposed new works in progress it was decided that Maughold Head was not really urgent and would be included in the 1910-11 Estimates. On 26 August the statutory approval was sought from Trinity House. Trinity House declined to give their approval as a fog siren and light were already established at Bahama Bank (Bahama Bank Lightship) 4 miles from Maughold Head. The matter was retained for discussion.

Trinity House sanction was again sought and it was granted because the Board of Trade had given their approval.

A Mr James MacBeth was appointed as Inspector of Works and Messrs D & J MacDougall of Oban were the building contractors.

Lanterns and parapet made by A C Westwood
Machine with revolving carriage, Dove & Co
Diamond incandescent burner for the illuminant was made by Chance Bros.
The fog signal machinery was made by Dove & Co
The estimates was in excess of £11,000

The proposed withdrawal of the Bahama Bank Lightship was consequent on the establishment of this station.

The 77 foot tower brings the lantern to about the same level as the lightkeepers houses on the cliff-top 128 steps above.

Although many Manx names come from the Norse language, no suitable derivation can be found for this name. It is propobably Gaelic although not spelt phonetically like Manx Gaelic and could be from Maug, a plain or meadow, and Allt a burn, the meadow of the burn.

Maughold Head was automated in 1993.