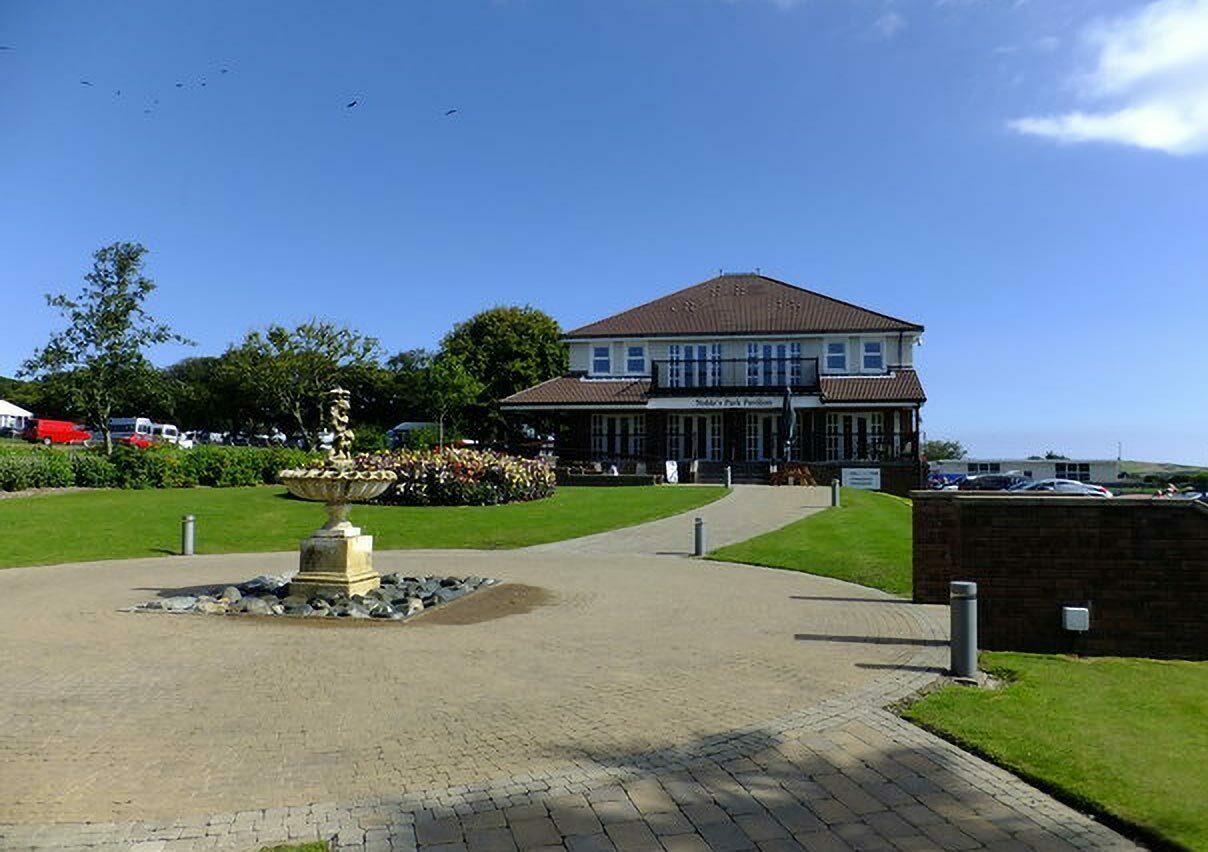 Traditional sports such as tennis, netball and bowls are played alongside the more extreme BMX track and skate park.

The Park is named after Henry Bloom Noble, a rich and philanthropic man who in 1909 gifted the area to Douglas Town Council. A multi-million pound makeover has developed it into an extensive community complex, and in 2011 a redesigned BMX track was opened.

Two children's playgrounds separate the park into different age groups. The Tot Lot is specifically targeted at infants and children under eight, whereas the older children's site features equipment for KS2 pupils. Both playgrounds are set in grass surroundings with bench seating.

Tennis and netball courts sit alongside football pitches, and a bowling green lies at the centre of the park.

Outdoor exercise equipment, suitable for adults, is free to use - as is a large playing field and dog walking area.

The BMX Track is open at all times to children and adults alike, and it is hoped it will play host to national competitions in the future.

It is advised that all riders wear helmets, and it should be noted that the track is generally unsupervised. CCTV does monitor the site 24-hours-a-day though.

It has been renovated over the last few years and now features six ramps and a grind rail.

All riders are advised to wear helmets and appropriate safety gear, but children are not required to be supervised.

The ramps consist of a halfpipe, a kicker, a quarterpipe, a jump box with grind rail, and a spine ramp.

A 1500sq ft bistro restaurant opens onto a terrace and landscaped gardens, and visitors are welcome to bring their own food and refreshments into the park - there is even a dedicated barbecue area.

The historic centenary bandstand sits adjacent to the restaurant and the pavilion at the heart of the complex; relocated from its former home in the grounds of the Villa Marina.

A number of events are staged in Noble's Park throughout the year, especially during the TT and the Manx Grand Prix.

It is normally open 24/7 all year round, although occasionally The Tot Lot has to be closed due to poor weather conditions.

There is a small car park near to the restaurant that is free to use, as well as side-street parking spaces. The area behind the Grandstand is available in the event of an overflow of cars, except during TT and the Manx Grand Prix.

Admission to the park is free, as are many of the attractions. However there may be a small charge for some activities.