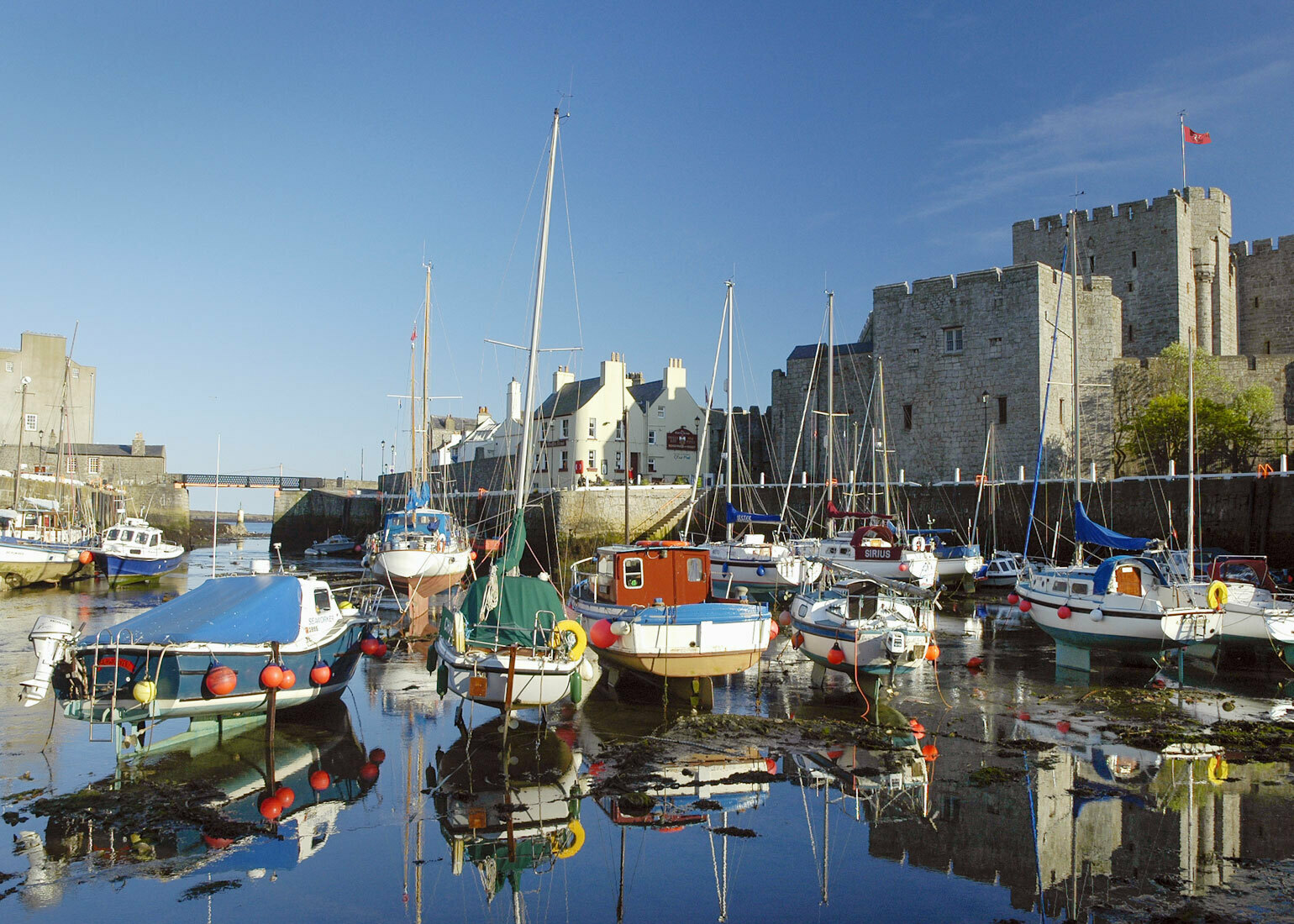 Castletown, with a population of 3,093 (census 2011) takes its name from the medieval fortress of Castle Rushen and was once the administrative centre and capital of the Island.

The ancient capital of Mann for several centuries, Castletown has a charm all of its own.  Sited at the edge of a long extinct and almost untraceable volcano, the town was the guardian for the Manx in times of war and peace.  It is the only town in the parish of Malew and as a result of long association with the seat of government it is easy to pick out the many anglicised names around the town and its vicinity.

There is a picturesque harbour dominated by the imposing Castle Rushen and with history around every corner the visitor soon falls under the spell of this fine old town.  Why not journey there on a 120 year old steam train?

The splendid keep of local limestone was begun between 1150 and 1200 by the Viking rulers and was used as an alternative retreat to Peel Castle.  Much of the glory of the castle today belongs to the fourteenth century when appointees of Edward III of England enlarged the keep and added the octagonal curtain wall with towers at the corner.  Later the Seventh Earl of Derby, as Lord of Mann, built a residence in 1644 within the surrounding wall.

On the south wall of the keep is a one-fingered clock said to have been donated by Queen Elizabeth I.  It overlooks the Parade where soldiers of the garrison used to drill.  In recent years Castle Rushen has undergone a complete scheme of renovation using traditional techniques.  The once empty rooms within the keep are now alive again with colourful and vibrant displays which tell the story of the Castle from medieval times to the seventeenth century.

The virtual end to commercial seaborne traffic came in the 1970's but in more recent times there has been a revival in business with a number of commercial activities with Finance and Industrial Sectors being based there.

Other places to visit near Castletown: