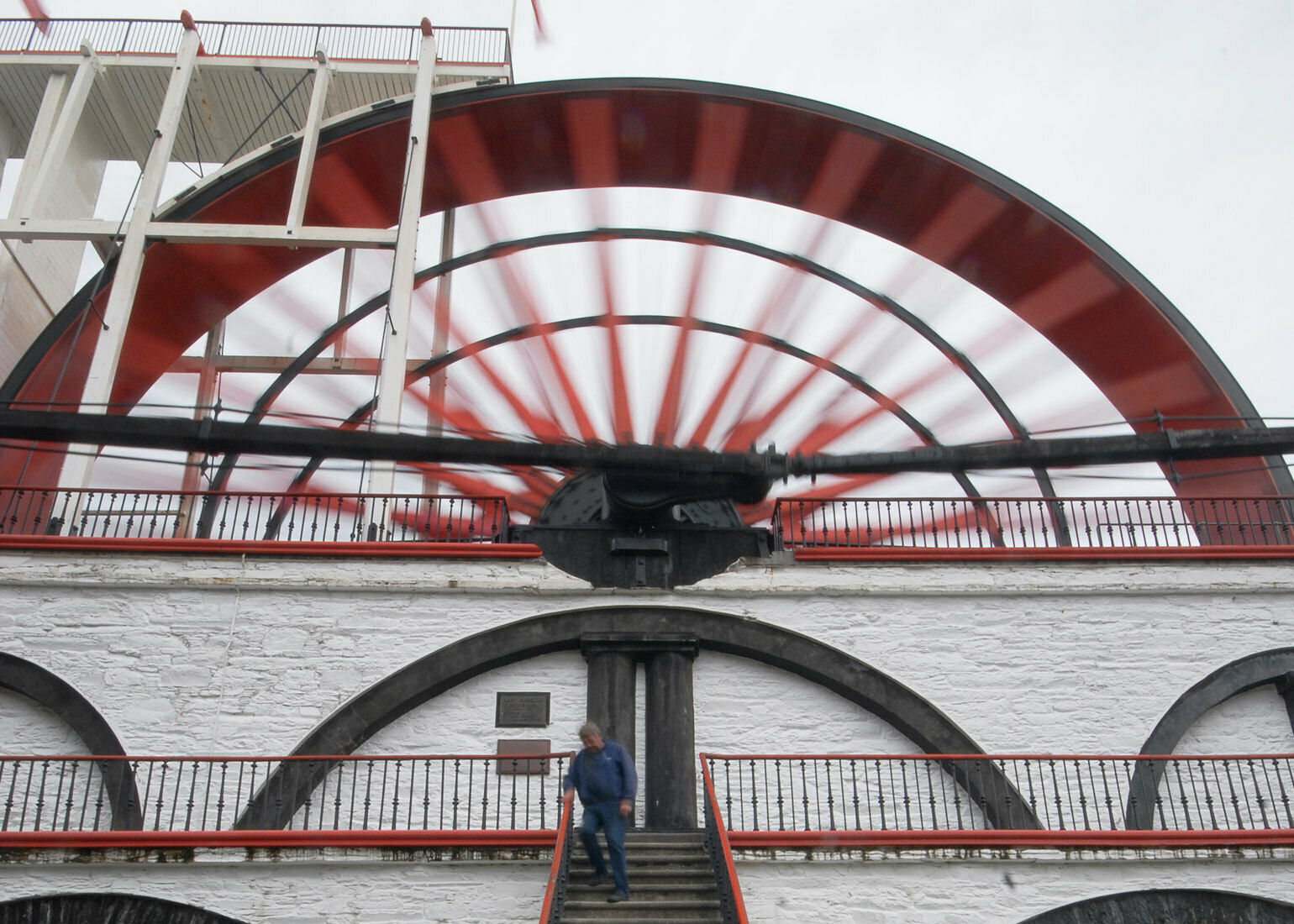 Built up over the centuries the village sprawls along the sides of a deep glen, running down from the mine workings in its upper reaches, to the tiny harbour at the North end of a wide bay.  Our Viking friends found Laxey to be a bountiful stopping off place on their roamings, hence the name.  The biggest industry the village has ever had was the mines and between 1876 and 1882 the Great Laxey Mines paid out the highest total in dividends of all their competitor lead mines in the British Isles.  Nowadays the village is a very pleasant place to live, giving the visitor a glimpse of a bygone era.

Salmon River of Laxey as it is known, has represented the Island on so many magazine covers, brochures, photographs, newspaper articles, radio and television programmes that it has become as synonymous with the Isle of Man as the famous kippers or the TT Races.

The Manx Electric Railway leads northwards along the coast from its Terminus at Derby Castle, near the old Summerland site.  The first section of the railway was begun in 1893 reaching Laxey the following year and, eventually, the eighteen mile track reached Ramsey in 1899.  It was a major engineering achievement traversing some of the most picturesque parts of the island.  Laxey station, some eight miles from Douglas, is a hive of activity during the summer months and it is from here that the Snaefell Mountain Railway climbs to the highest point of the Island, Snaefell being 2,036 feet above sea level.  This remarkable line took only seven months to construct and is the only electrically-worked mountain railway in Britain.  Using the same cares the line has been in operation since 1895.  From the summit there are breath-taking views of the Island while the neighbouring coasts of Ireland, Scotland, England and Wales are visible on clear days.

Across the valley from the mountain railway is a view of the famous 'Lady Isabella' water wheel, reputed to be the largest in the world, and still turning to demonstrate its power.  It was designed by a local engineer and was constructed in 1854 to pump water from the flooding mines.  The wheel has a diameter of 72' 6" feet, a circumference of 228 feet and contains 168 buckets to drive the Wheel.  The miners were able to go deeper in search of valuable ores and by 1875 the Laxey Mines were the leading producer of zinc ore in the British Isles, with smaller quantities of lead, copper and silver.  Now the Wheel and the remains of its associated buildings are preserved as a major piece of industrial archaeology. At the mouth of the Laxey river is a small yachting port with a distinctive Cornish flavour and which was originally built for the exporting of the ores for smelting in North Wales.  Since then a promenade has been constructed and the beach is a favourite with visitors, the sheltered bay being ideal for water sports.

Continuing from Laxey with its population of 1,701 (2011 census), the Electric Railway passes some of the more spectacular glens with stops at such places as Dhoon and Ballaglass.  Between the railway route and the sea is the little church of Maughold named after St Machud who was an Irish contemporary of St Patrick.  Within the church grounds are the remains of earlier churches (Keeills) and here, too, can be found a marvellous collection of Celtic and Norse grave stones indicating Christian influence from ealiest times.

Other places to visit near Laxey: