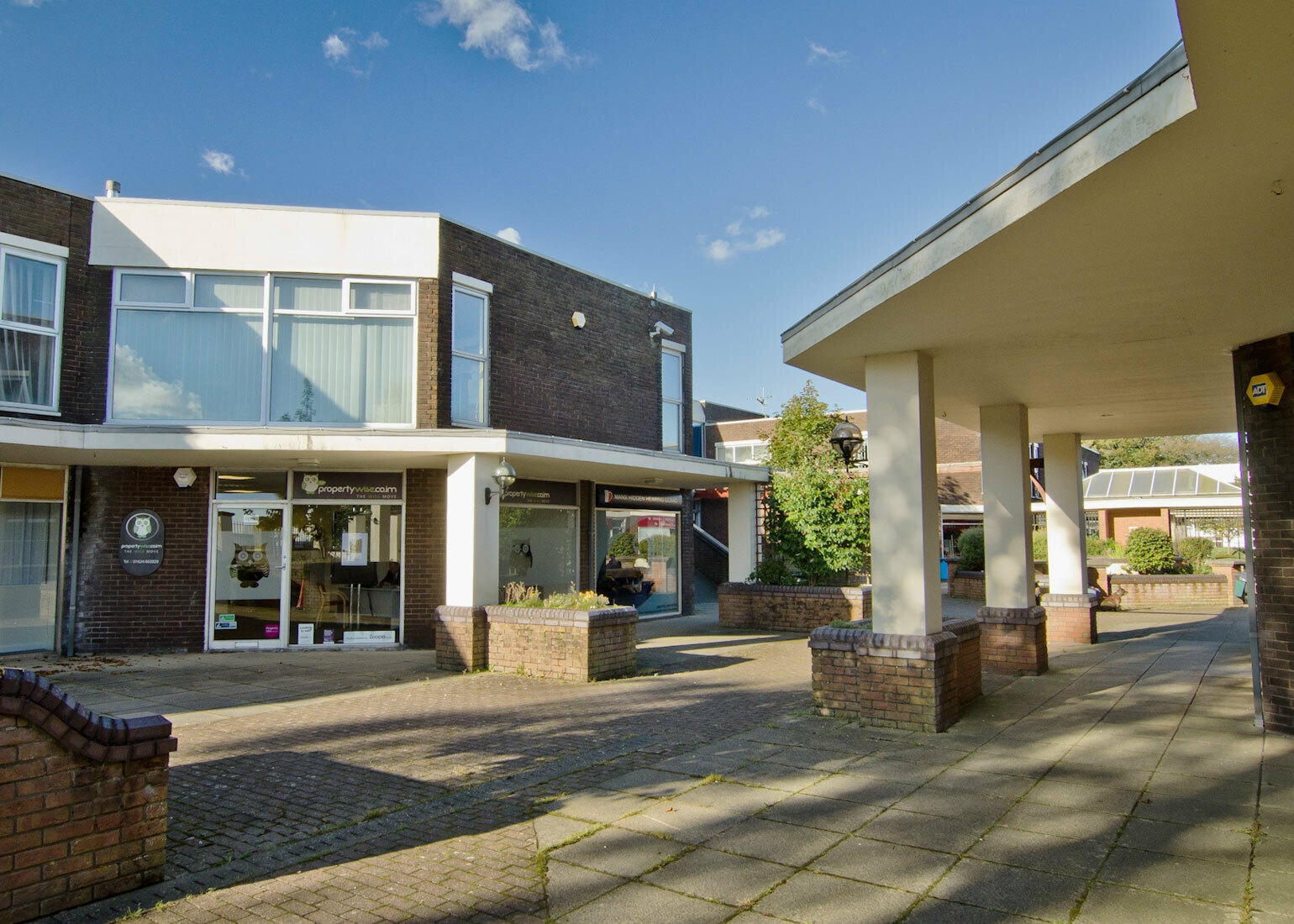 Originally known as Kirk Onchan, Onchan in the Isle of Man will appeal to many visitors

The once tiny village of Onchan has grown in the past thirty years into the second largest centre of population on the Island and, due to its close proximity, is considered by many to be part of Douglas.

Onchan occupies the land to the north of Douglas Bay.  Although it appears to be a continuation of the town of Douglas, it is a separate local authority.  When referring to it please remember that the letters "ch" in the middle of the name are pronounced like a "k" and not like the "ch" of cheese.  The name derives from the Celtic Saint Conchan and until the 19th century it was often spelled in this way.

Onchan was formerly used to denote both the parish and the village of the same name and until recently there were two distinct local authorities.  These are now merged together as the District of Onchan.

With a population of 9,283, Onchan is now principally a dormitory village and home to thousands who work in and around the Douglas area.  However, Onchan has many hidden delights and a number of unusual tourist attractions. Commercially, it has a light engineering works which manufactures precision components for the aviation industry.  Onchan is home to the "offshore" subsidiary of a long established British bank and to a company whose optical products are used in the exploration of space.  It is also the headquarters of a company which designs and supplies specialised mooring systems used, amongst others, by the offshore oil and gas industries worldwide.

Back in the days of the Victorian and Edwardian tourist boom on the island, Onchan made a bid to become the Island's second resort by encouraging the building of hotels and guest houses at the north end of Douglas Bay, which is actually in the parish of Kirk Onchan.  The construction of the Manx Electric Railway in 1893, further strengthened the appeal of Onchan, and Lower Onchan, around the Port Jack area, was the first place on the Island to receive electric streetlights, powered by the generators of the Manx Electric Railway in the early 1900's.

To add to its tourist attractions, in the early 1950's, Onchan Village Commissioners embarked on an ambitious scheme to construct a large park with the main feature being a stadium with the first ever banked cycle track, which was opened by Reg Harris, World Champion Sprint Cyclist and Britain's Sportsman of the Year, on Tuesday 19th June 1951.  For many years, the picturesque Onchan Pleasure Park has delighted both residents and visitors alike, and features motorboats and bumper boats, putting, crazy golf, miniature golf, swing ball, battery operated kiddie cars, crown and flat bowls, tennis and even the thrills and spills of stock car racing every Monday night during the summer months.

In the centre of the village there are two interesting public houses.  The Manx Arms on the main road dates from early 1800's, and was originally called 'Gellings Public House', then 'Three Legs of Man' and more recently the 'Manx Arms Hotel'.  Located just around the corner on Avondale Road is a modern public house dedicated to one the most influential British designer of the early twentieth century Archibald Knox.

Within the boundaries of Onchan village there are three Manx national glens all meeting at the Whitebridge, which is located at the northern edge of the village on the main A2 coast road to Laxey. Groudle Glen,Molly Quirk's Glen and Bibaloe Walk all provide pleasant and delightful leafy walks.

The largest of these, Groudle Glen, extends right down to the coast and has been described as one of the most spectacular of all the Island's glens.  It was developed in the 1890's as a pleasure glen.  Hundreds of trees were planted and long winding zig-zag paths added to create an attraction that appealed to the Victorians.  A bandstand, swings and various other minor attractions were added.

Out on the rocky headland, a small inlet had been dammed off to form a deep pool, which became the centre of the headland zoo.  The exhibits at this small zoo were sea lions and polar bears.  To get visitors out to the highland zoo, the glen owners built a miniature railway.  Sadly today, the attractions have all but disappeared apart from the tiny Groudle Glen Railway, which still runs on Sundays and Wednesday evenings during the summer months operated by a group of local railway enthusiasts, who in the 1980's completely re-built the line after it was closed and ripped up in the early 1960's.

In addition, at the far end of Molly Quirk's Glen, which was reputedly named after a woman who was murdered in her cottage for a sum of money she kept under her mattress, the Clypse and Kerrowdhoo Reservoirs now have a series of footpaths and ancient tracks for walkers.  A leaflet incorporating a map is readily available from the Onchan Library or the Commissioners' Offices as well as at the Department of Tourism and the Isle of Man Water Authority.

Another hidden delight in Onchan is the Wetlands, Curragh Kiondroghad, a Manx Wildlife Trust reserve of approximately one acre surrounded by houses and only a couple of minutes walk from the shopping centre in Onchan.  Nearly one hundred species of flowering plants flourish ranging from wetland to woodland varieties.  Mainly grey and some white willow dominate the wetlands.  Other plants in the wetland include marsh marigold, yellow flag, reed canary grass, hemlock water-dropwort, woody nightshade and cuckoo flower.  This tranquil acre can be found on Church Road off the A2 main road in Onchan.

Close to the Onchan Wetlands on Church Road is Molly Carrooin's Cottage, the home of the village washerwoman.  This tiny-whitewashed thatched cottage, which is probably the oldest building in village, has now been fully restored to give a taste of Manx tradition, and is sometimes open to the public.

Across the road from Molly Carrooin's Cottage is St Peter's Church built in 1833, which has within its churchyard several interesting graves, amongst them that of Lieutenant Edward Reeves RN, one of Nelson's officers who fought with him at Trafalgar in 1805.  The earlier St Peter's Church on this site witnessed the marriage of Captain Bligh of "Bounty" fame to a Manx girl.  Bligh, then a young lieutenant in the Royal Navy, married Elizabeth Betham, daughter of the Collector of Customs on the Island.

The official residence of the Island's Lieutenant Governor Government House is also situated in Onchan.  Originally named Bemahague House, the house was leased to Governor Henry B Loch in 1865, and purchased by the Manx Government in 1903 as the official residence for the Sovereign's representative.  Although not open to the public this attractive building and surrounding grounds can be glimpsed from the main road through the trees.

Manxman Knox (1864-1933) is best known for his very modern interpretations of Celtic ornamentation on the Liberty metal ware and jewellery, but also worked on designs for carpets, pottery and fabrics.  Knox was also an accomplished watercolourist.

Originally known as Kirk Onchan, the patron saint of the parish of Onchan was St Christopher, better known by his Gaelic name of Conchenn, meaning Dog-Head or Wolf-Head.  The name of the village is identified with St Connachan who was Bishop of Sodor and Man in 540 AD.

The original village of Onchan huddled around the parish church.  It was known as Kiondroghad which is Manx Gaelic for "bridge end".  In the hollow below the church the ground was marshy and a causeway of logs and wickerwork was constructed to cross this area.  Although not actually a bridge, this crossing point gave the name of Kiondroghad.

In 1841 the village of Kiondroghad consisted of just 51 houses and had a population of 363.  Being so close to Douglas, it was inevitable that the village would expand but over recent years it has grown out of all recognition.  Although still referred to as a village, it is now, with around 9,172 (census 2006) inhabitants, second only to Douglas as the largest centre of population in the Island.

Other places to visit near Onchan: