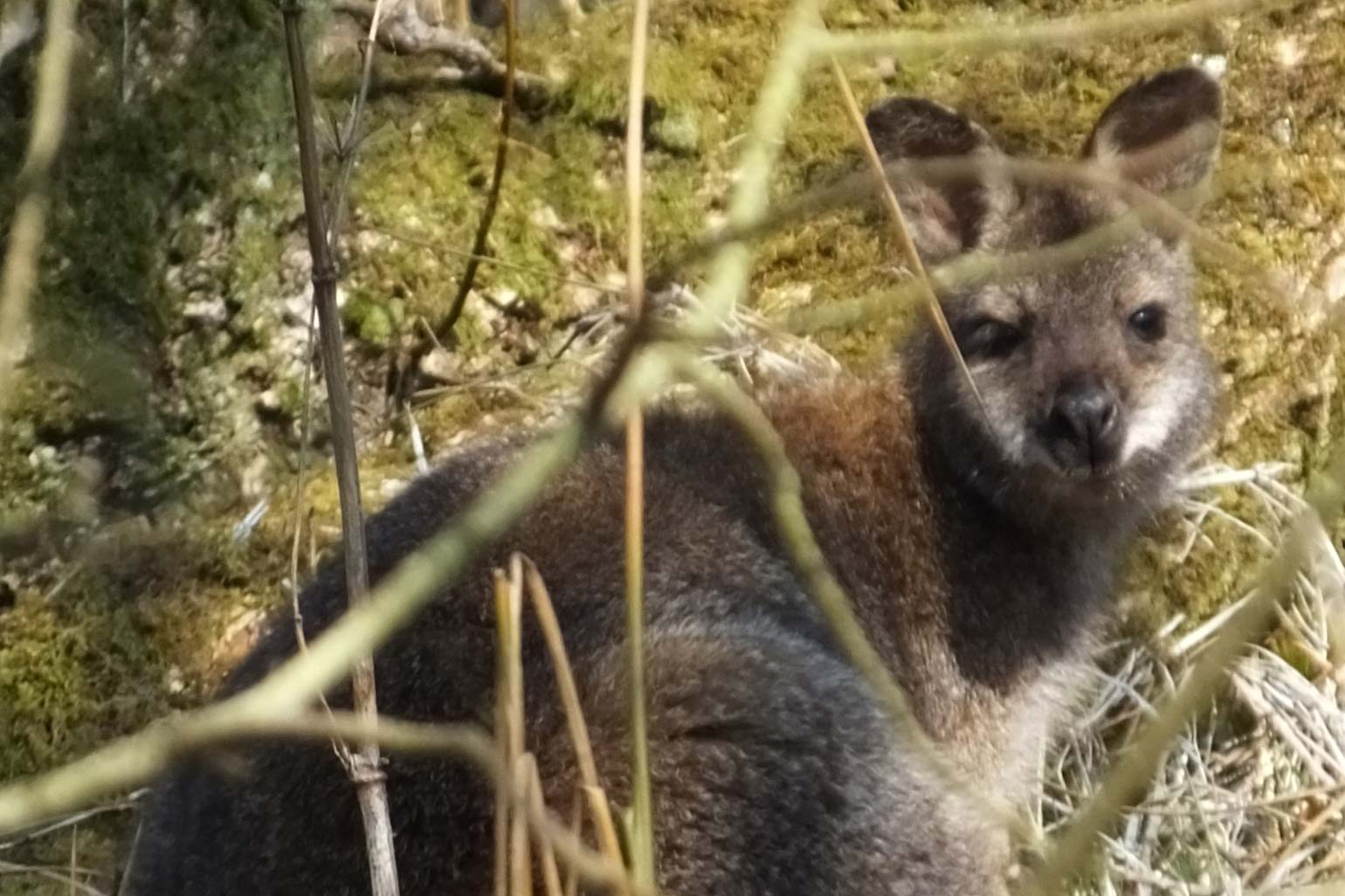 The expanding group of wild red-necked wallabies in the northern Curragh have long been a source of fascination, since their celebrated escape from the nearby Wildlife Park during the 1970s. But with the help of the Manx Wildlife Trust visitors were able to catch a glimpse of some of these shy animals and learn more about this extraordinary piece of landscape.

Leader of the Wallaby Walk was Biodiversity Education Officer Dawn Dickens, who led a small group of enthusiasts in their hunt for the elusive wallabies.

During the Ice Age, the area now known as the Curragh was covered by sheets of ice, which left a depression at the bottom of the northern hills that ultimately formed an area of wetland. As time progressed the land was used for grazing animals and to grow hay, one of the few successful crops suited to the area.

In the middle ages the land was deliberately enclosed and referred to as an 'Intack' (a term first used about 1520 from 'In-taken' or land 'taken into' cultivation) which in the Curragh corresponded to damp meadows. 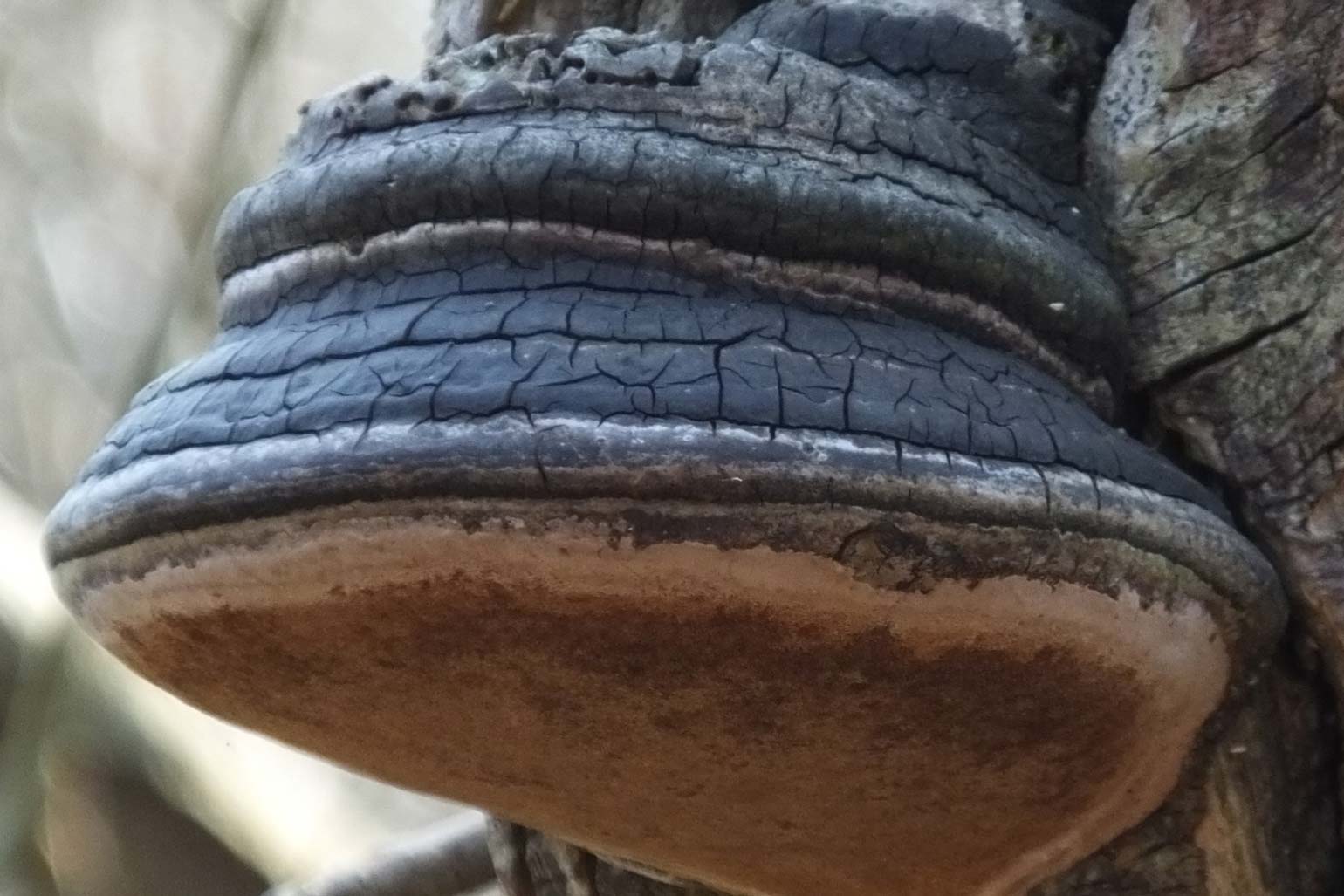 The locality became a valuable resource for peat, which the parish of Michael is reported to have used widely, but once the practice of peat cutting declined the redundant ditches filled with water, resulting in the formation of bogs. Plans for the area have waxed and waned over many years, including a failed attempt by the Isle of Man Government to grow New Zealand flax for paper manufacture in the 1930s.

During the 1950s they also elected to drain the Curragh to encourage farming, but ultimately decided that this idea was uneconomical. 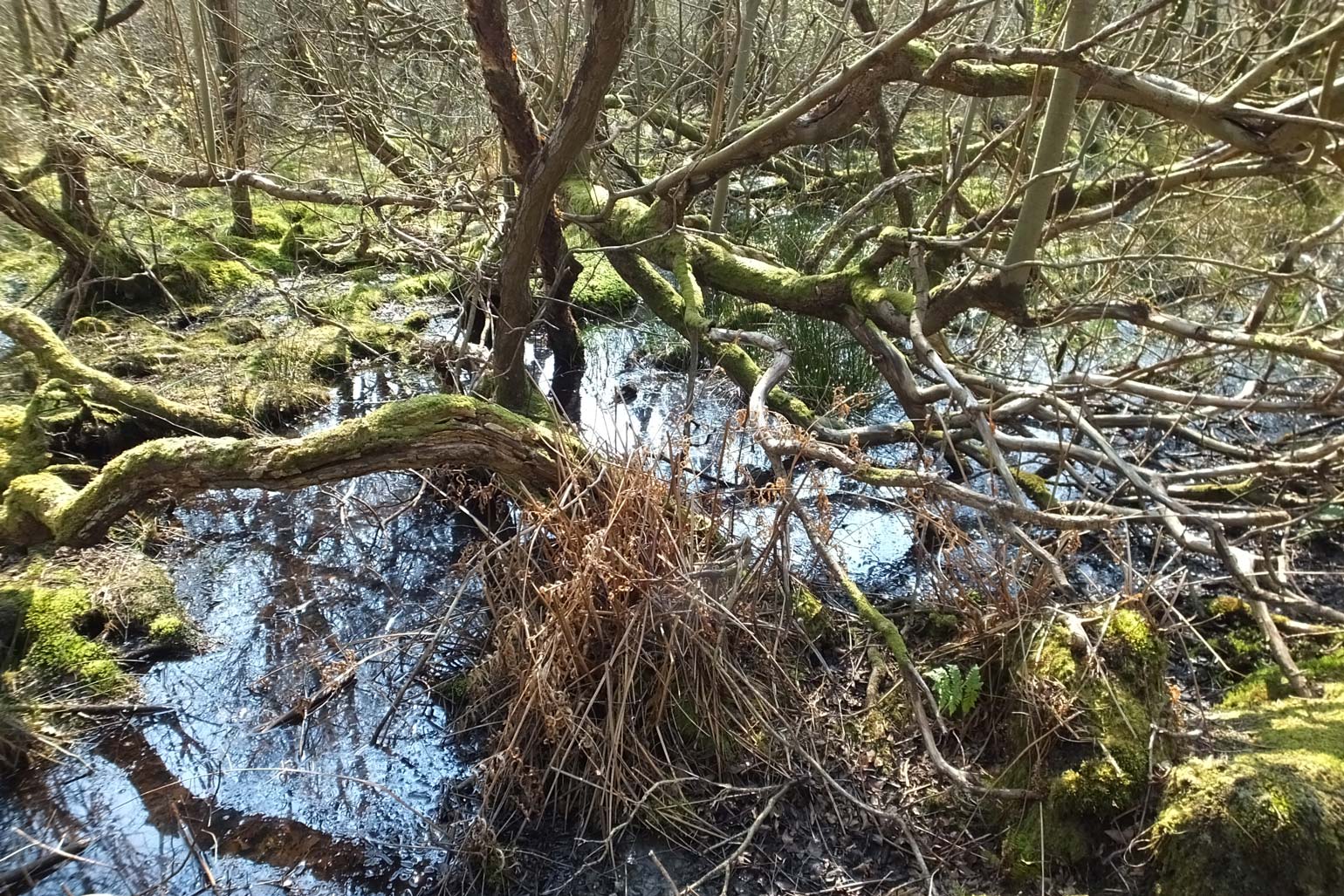 The Curragh is home to a rich and varied biodiversity, including willow, bog myrtle, six species of orchid (including the Heath Spotted Orchid) and Sphagnum Moss, the latter responsible for the high levels of peat mentioned previously. In 2006 a total of 193 hectares became a designated RAMSAR site, as part of the  international treaty for the conservation and sustainable utilisation of wetlands. 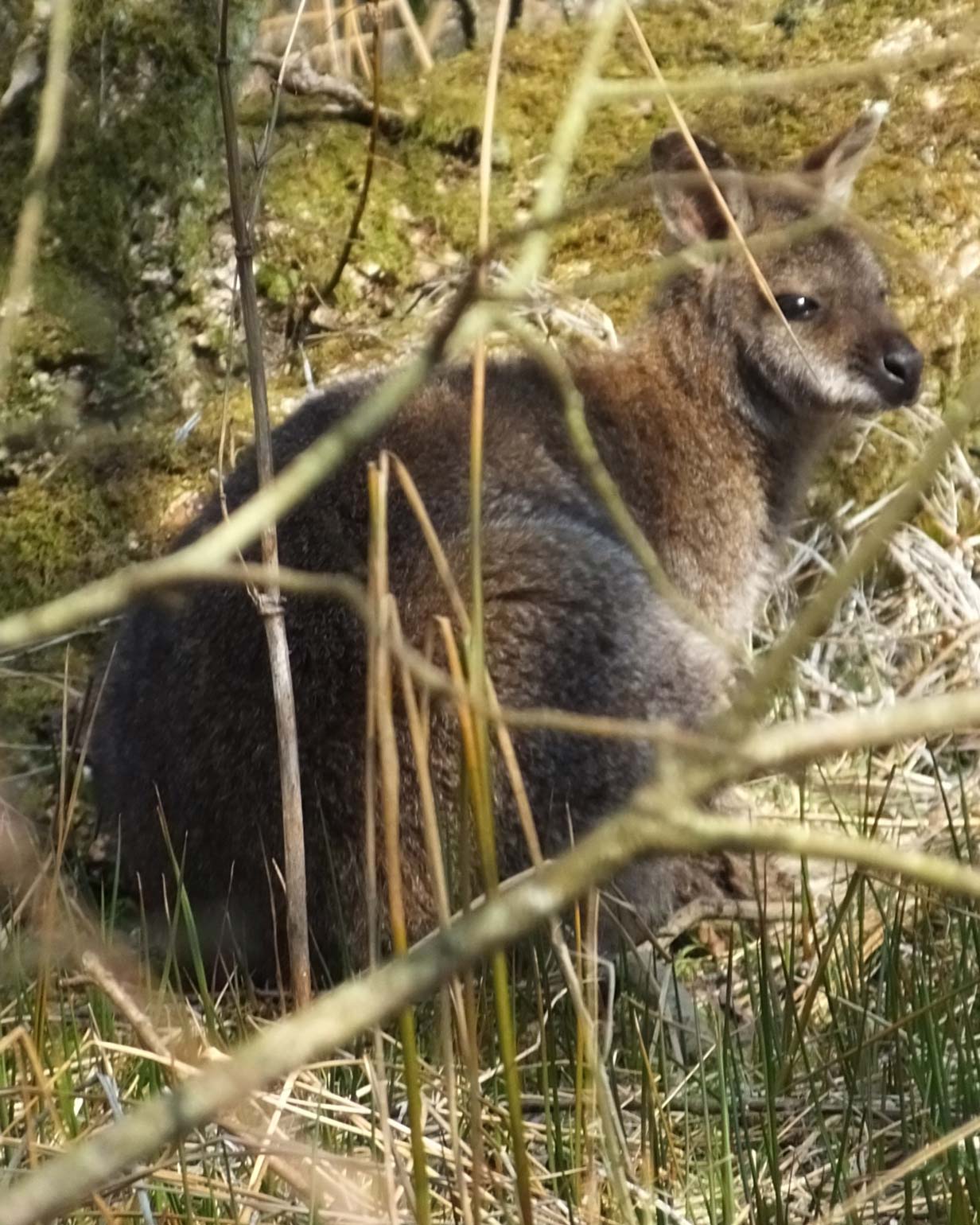 Normally associated with Tasmania and the land mass of south-eastern Australia, the red-necked wallabies who made their bid for escape some decades ago found their rural setting conducive to their needs and bred successfully.

Although living mainly around the Curragh, there have been sightings as far away as the Braaid and Silverdale, but with no predators on the Island it's estimated that there's a colony of approximately 120 wallabies on the Isle of Man; with numbers steadily growing.

A young wallaby (known as a 'joey') is the size of a human thumb at birth, but continues to live and grow inside its mother's pouch for about nine months, after which it will remain with her until ready to leave its sanctuary at the age of one and a half.

Feeding on grass and plants and able to move at a top speed of 40mph, a group of wallabies is affectionately referred to as 'a mob'.

Members of the group were fortunate enough to experience two sightings, as well as learning more about the landscape's ecology and history.