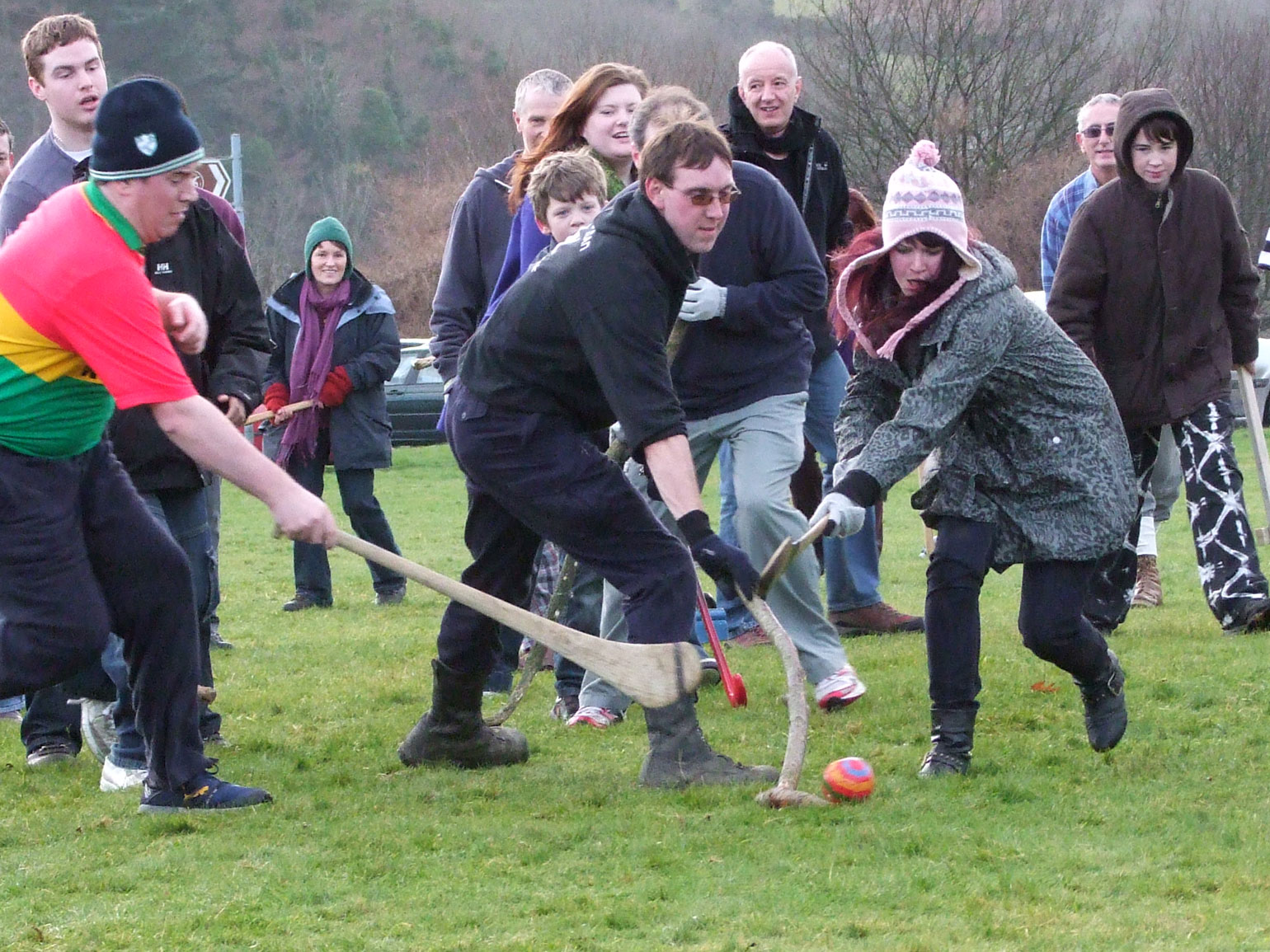 If you fancy working off some of that Christmas turkey, then take a trip out to St John's on St Stephen's Day (Boxing Day) and join in the traditional game of cammag for some fresh air and fun.

The game of cammag is considered to be an earlier form of hockey, and is recognised by its Celtic neighbours, where it is closely related to Irish hurling and camogie, Scottish shinty and Welsh bandy. The word itself is derived from the same root as camanachd - a word associated with a Scottish Gaelic stick and ball game.

Perhaps the first reference to a game with a similarity to cammag was to be found in the Irish Book of Leinste in the twelfth century AD, with an account of a particularly bloodthirsty exchange in the summer of 1272BC.

In his book Isle of Man Hockey, Kit Gawne suggests that the game of cammag may have been introduced to the Isle of Man by missionaries, although the earliest Manx record is not found until 1760, when three men and a boy were brought before the church court for playing cammag on a Sunday.

Further descriptions and reminiscences of this popular sport emerge more readily from the nineteenth century, when the game of cammag was played the length and breadth of the Island, using a hooked piece of wood as a stick (maidjey) and a roughly hewn ball made from cork or wood, known as a crig.

It's generally known as a winter sport, (with special matches on St Stephen's Day) with any number of players participating and goal posts often marked with stones, or folded coats.

Often played out in fields, lanes, highways and along the shore (sometimes disregarding any rules which may apply) it's far from a gentle game, as may be identified by the reference of 'cammag leg' for a lame person.

One of the more interesting games, however, was probably a match played between Ramsey and Peel, with each town acting as its own goal.

Cammag lost favour with the onset of hockey and football, but a resurgence of interest in recent times has rejuvenated the game and introduced its idiosyncrasies to a new generation.

In keeping with tradition, the game of cammag goes ahead regardless of weather, at 2.00pm on the front green at Tynwald Hill - bring the family and your own cammag stick.