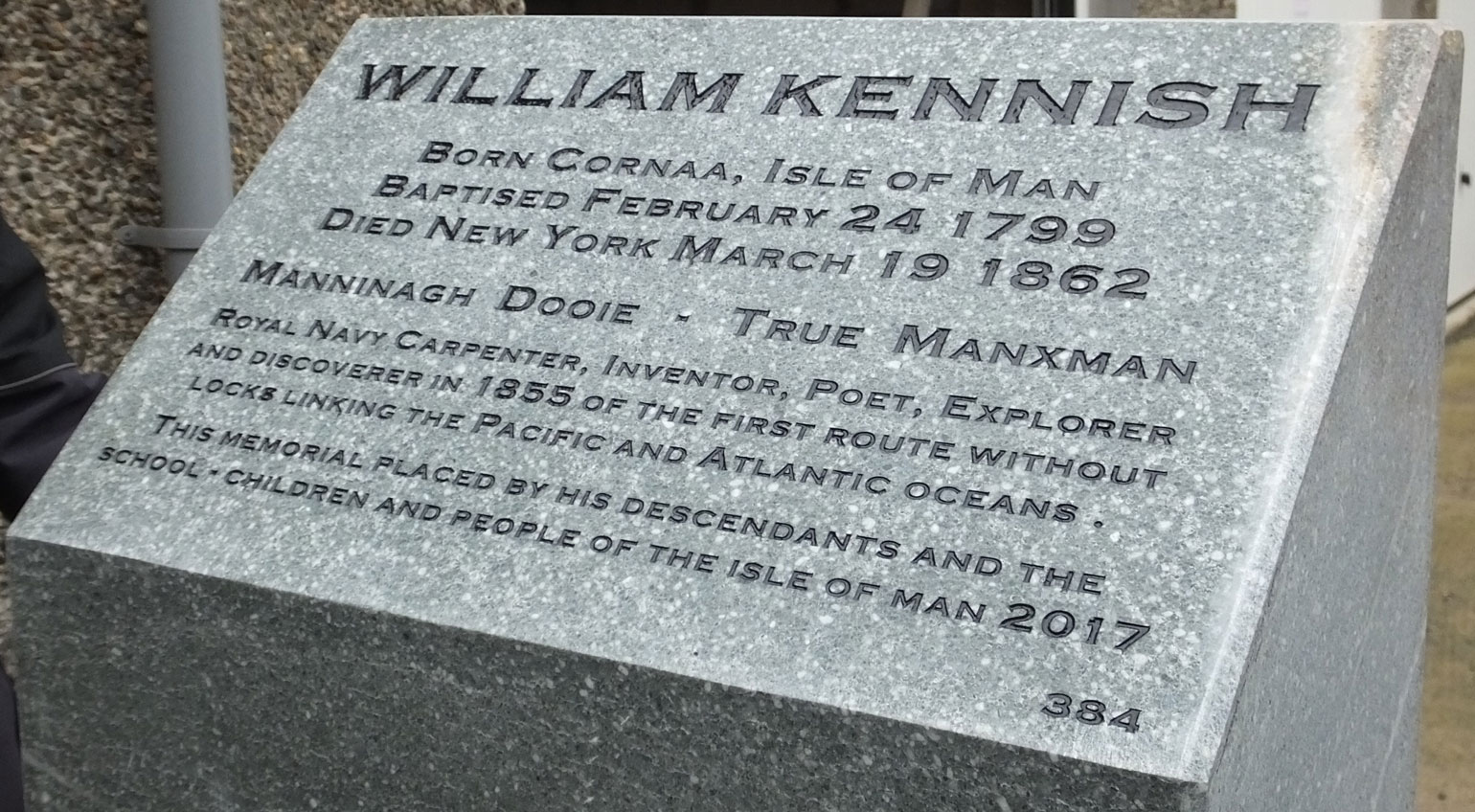 With the success of a local campaign to raise funds for a permanent gravestone at the burial site of one of the Island's unsung heroes, there was an opportunity for some of those involved with the project to view the finished stone before transportation to New York.

Trustees of the William Kennish Memorial Trust, Robert Stimpson and Roy Moore (a descendant of the Kennish family) invited those who had donated to this unique marker along to Manx Memorials in Peel, where Matthew Gregson, who worked on the stone, was on hand to answer questions, together with the trustees.

William Kennish was born at Cornaa in 1799, and although he modestly described himself as illiterate, was later rapidly promoted within the Royal Navy. The son of a farmer, Kennish spoke only Manx Gaelic when he left the Island, but this didn't hold him back. As a self-educated engineer, Kennish didn't lack imagination, producing a number of inventions which included the Marine Theodolite, part of the first gun commander system in 1828, and an ambitious plan to provide a Harbour of Refuge at the Calf of Man.

He returned to the Island in 1844 with his family, briefly spending time in Castle Rushen Debtors' Gaol, before presenting a 3,000 signature petition in London to improve the harbours on behalf of Manx fishermen. He later headed for the USA to further his career.

However, Kennish's most outstanding achievement is, perhaps, reflected in his work to locate a route for what is now the Panama Canal. Undertaking seven complex surveys across hazardous territory, Kennish remains the only person to have successfully found a canal route without locks across the isthmus, and although un-adopted, his plan has been re-examined.

Kennish died of pneumonia in 1862, but the complications of typhus prevented his burial for seven years, and although eventually laid to rest in New York, he lies in an unmarked grave in Green Wood Cemetery.

However, the curious addition of the name of Charles P. Neurse on the reverse of the Kennish gravestone requires some explanation. Unforeseen family circumstances resulted in Kennish being buried in a public plot, together with the aforesaid Charles P. Neurse, who died of bilious fever at the age of twenty four. The policy employed at the Green Wood Cemetery requires that all persons within a given plot are identified upon the gravestone.

A brief dedication ceremony will take place on the one hundred and fifty fifth anniversary of William Kennish's death on the 19th March, 2017, at Green Wood Cemetery, which will also be attended by the President of Tynwald, the Honourable Stephen Rodan MLC.