The 3 Legs of Mann 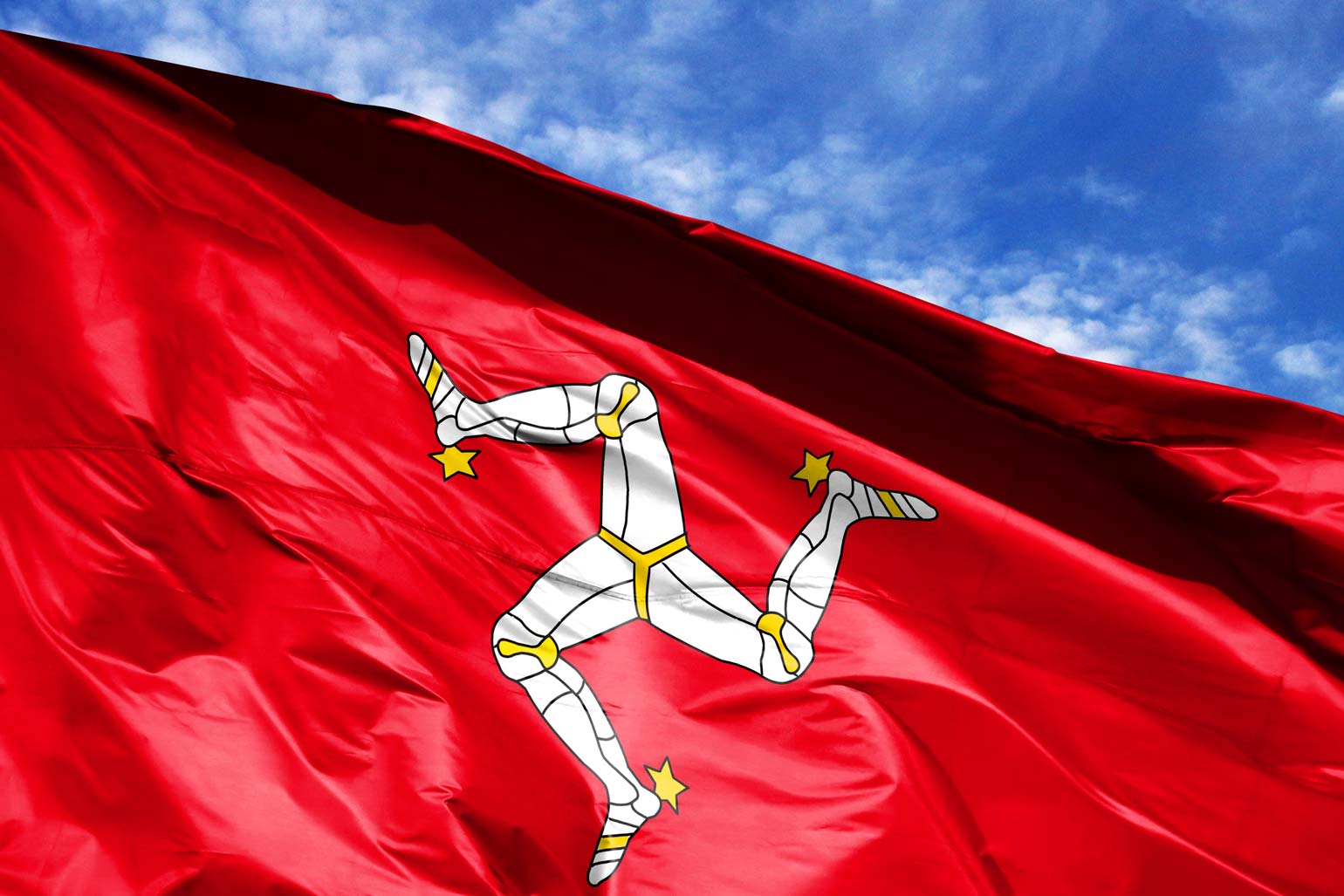 A frequently asked question concerns the origins of the Three Legs of Mann design and how it came to be adopted as the national symbol of the Isle of Man. The answer is that nobody really knows. The device has a long history stretching back into pagan times and represents the sun and its daily passage across the heavens. It was derived from a design which showed the spokes of a wheel and which, in turn, represented the rays of the sun. Because of this it has been described as a solar wheel and was a symbol of pagan sun worship. Related symbols are the cross and the fylfot, or four-legged swastika.

These sun symbols were used by early races of Aryan stock from Scandinavia to Persia and India. They were intended to represent the sun and as such were associated with the worship of Aryan sun gods. Similar devices have been found on the monumental remains of the ancient Mexican and Peruvian civilisations, and on objects excavated from prehistoric burial mounds in the USA. Other examples have been identified in China, Japan and Tibet.

The swastika was a very early decorative device used in India and was also found in ancient Greece and on many altars in Rome. In Scandinavia the swastika was used to represent the hammer of the Norse god Thor and in this capacity it was depicted on carved stone crosses. In the Isle of Man it is found on several Norse crosses such as one at  Onchan which dates from around the 10th century A.D.

Another design which appears to be related to the Three Legs is the Triquetra, or triple knot. This has been defined as an endless line forming three arcs symmetrically interlaced. The device has associations with the early inhabitants of central and north America and with the cult of Shamanism. The triquetra is also found on carved stones in northern Europe and, like the swastika, occurs on some of the crosses in the Isle of Man, as, for example, the Calf of Man Crucifiction slab, which is of Celtic origin and dates from about the 8th century, just prior to the arrival of the Vikings. The 9th or 10th century wheel headed cross at Lonan also depicts the triquetra.

It appears that the four legs of the swastika developed into the Three Legged design. The device is well known in the island of Sicily and occurs on a vase from Agrigentum which dates from the 5th century B.C. The design appears also on a coin of Aspendus, a town in Asia Minor, which is believed to date from about 500 BC. Another coin from the same region is dated about 400-300 B.C. The Three Legs appeared in 317 B.C., again in Sicily, on the coins of Syracuse. The emblem also occurs on a shield which is depicted on an Etruscan Vase preserved at the Vatican, and is of unknown antiquity. There are other examples of similar vases around the world, one being at the British Museum in London. The Three Legged device was commonly found among the Celts and Norsemen of north-western Europe. Closer to home, a simple version of the Three Legs appeared on the 10th century coinage of the Norse King Analaf Cuaran who ruled both in Dublin and in Mann.

Although we Manx will be loathe to admit the fact, it does seem that Sicily had the Three Legs at a much earlier period than did the Isle of Man. The Sicilian legs were always naked and often had the head of Medusa at the central point. They usually had wings attached to the heels and this would link them with the god Mercury or Hermes. The Manx legs are normally encased in armour and have spurs on the heels.

The connection with Sicily probably comes about through the Norse occupation of the Isle of Man from about 979 to 1265. The Vikings sailed throughout the Mediterranean Sea and knew Sicily well and it was probably these seafarers who brought the emblem to the northern and western parts of Europe. A further connection with Sicily was that the Scottish King Alexander III, who ruled over Mann in 1266, was the brother-in-law of Prince Edmund. The Pope had promised Edmund the title of King of Sicily in return for his military aid in a dispute.

Use in Isle of Man

The earliest use, which can be dated, of the Three Legs within the Isle of Man is in 1310 when they appeared on the shield of Henry de Bello Monte, Governor of the Island for King Edward II of England. They also appear on the Manx Sword of State which is thought to date from around 1230. Another early occurrence is on the market cross of the village of Maughold which is probably late 14th century.

The Latin motto, "Quocunque Jeceris Stabit", meaning "Whichever way you throw, it will stand", is a later addition to the Manx Three Legs and the earliest use of the motto appears to be on Manx coinage of 1668.

The Three Legs device appears on the Manx national flag, armoured in gold and silver and with spurs on the heels, on a red field. This flag, with the addition of the Union flag in the canton, provides the Island's maritime ensign, known technically as "a defaced Red Ensign". The Legs appear on all the Island's currency notes and on some of its coins and postage stamps.

The Three Legged badge was popular as a tattoo, especially amongst Manx seamen. Captain Bligh of the Bounty described his young Midshipman Peter Heywood, who was involved in the mutiny in 1789, as being "Very much tatowed & on the Right leg is tatowed the Legs of Man as the impression on that Coin is". Bligh was married in the Isle of Man and would be familiar with its coinage.

In recent years the Isle of Man Government took steps to protect its long-standing use of the Three Legs as the national emblem. Whilst it does not seek exclusivity in its use, it can prevent others from seeking to register the design as a trade mark exclusive to themselves.

There is a town in Germany called Fussen, which is German for "feet", which uses a Three Legs symbol. This is probably a modern usage of the badge. There, it is called "Drei Fussen", or three feet. This is the name given to the emblem in Manx Gaelic where it is known as "Tree Cassyn", which also means Three Feet.