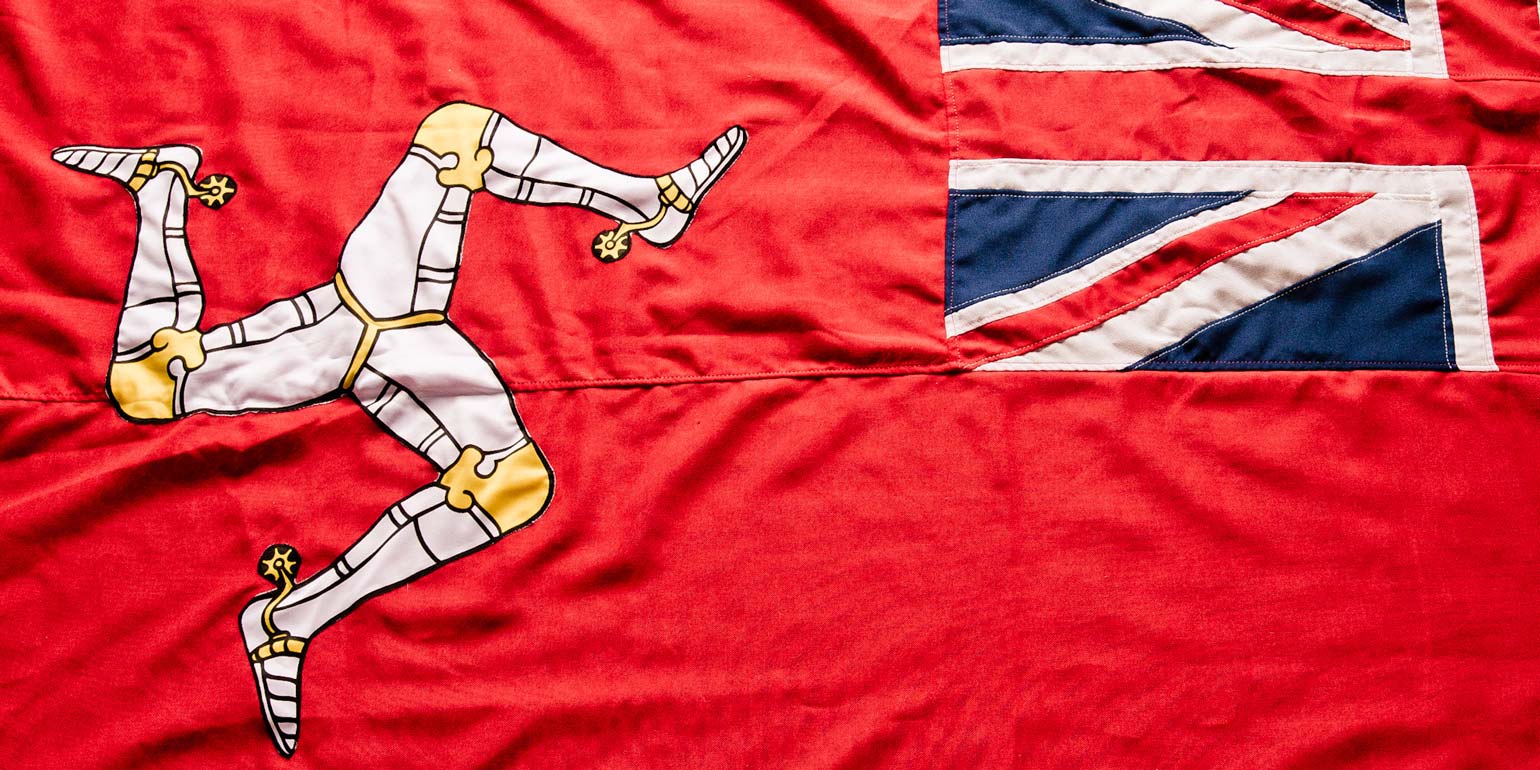 The Manx are one of the Celtic peoples (the rest being Scots, Irish, Welsh, Cornish and Breton), with a rich history of culture, language and symbols. Recent revival campaigns have attempted to preserve the surviving vestiges of Manx culture after a long period of Anglicisation, and significant interest in the Manx language, history and musical tradition has been the result.

The Manx flag consists of three jointed, armoured legs on a red background.

The three legs symbol or 'triskelion', thought to be derived from an ancient pagan sun sign is also, in a different variation, the national symbol of Sicily. The earliest use of this symbol in the island appears on the Manx Sword of State which is thought to date from around 1230. The island fell under the rule of England in 1341. The island government flew the Union Jack from the 17th century to July 8, 1929, when the triskelion flag replaced it as a local symbol. There were many artistic variations on the design until the flag was standardized in 1966.

The Three Legs device appears on the Manx national flag, armoured in gold and silver and with spurs on the heels, on a red field. This flag, with the addition of the Union flag in the canton, provides the Island's maritime ensign, known technically as "a defaced Red Ensign".

In recent years the Isle of Man Government took steps to protect its long-standing use of the Three Legs as the national emblem. Whilst it does not seek exclusivity in its use, it can prevent others from seeking to register the design as a trade mark exclusive to themselves.

The Latin 'Quocunque Jeceris Stabit', which appears with the Three Legs, on Manx currency and the Government crest, means 'whichever way you throw me, I stand' and testifies to the resilient spirit and independence of the Manx.  One story attributes this motto to the island's pagan sea god, Manannan, who turned himself at will into the 'Three Legs'; in some versions, this was his final act of defiance against the missionary St Patrick.

The Manx National Anthem was written (in English) by W H Gill to an adapted Manx tune and dedicated to the Lieutenant Governor Lord Raglan's wife in 1907.  It has eight verses but in most cases only the first is sung:

O Land of our Birth
O gem of God's earth
O Island so strong and so fair;
Built firm as Barrule,
Thy throne of home rule,
Makes us free as our sweet mountain air

'Tynwald Day', the Manx national day and a public holiday, is 5th July.  On this day, there is a special ceremony held on the parliament's historic outdoor site at St Johns.  The island's politicians and dignitaries assemble on Tynwald Hill - a grassy four-tiered hill - and the laws are read out in English and Manx.

Unofficially, the Manx national flower is the yellow cushag or ragwort, which blooms in late summer.  For many, gorse and heather - found in abundance on the hedgerows and hills - are most representative of the Manx countryside.

The island has its own tartan, whose colours each symbolise a different facet of the Manx landscape: blue for the sky, purple for the heather, yellow for the gorse, green for the hills and white for the traditional whitewashed crofts.

According to legend, St Patrick banished toads and snakes from the island upon his arrival, and you won't find any to this day.  British mammals which are notable by their absence from the Isle of Man include voles, badgers, squirrels and foxes.  By way of compensation, we can claim two particularly unusual four-legged inhabitants.  One is the famous Manx cat, which is tailless and has longer hind legs than most other breeds.  The other is the Manx Loaghtan sheep, which has four horns and a rich brown fleece and is thought to have been introduced by the Vikings.

Sterling - but the island prints its own notes and coins which are not acceptable in the UK, although Pounds Sterling are accepted on the island. 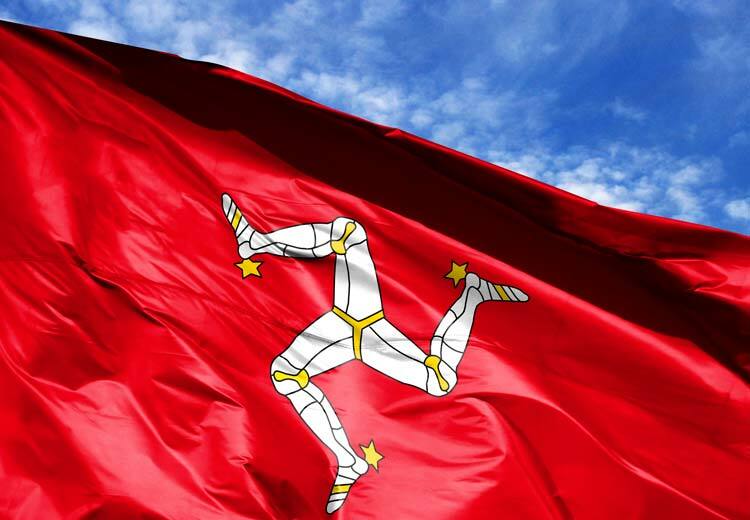 The 3 Legs of Mann

How the three legs of Mann came to be adopted as our National Symbol. 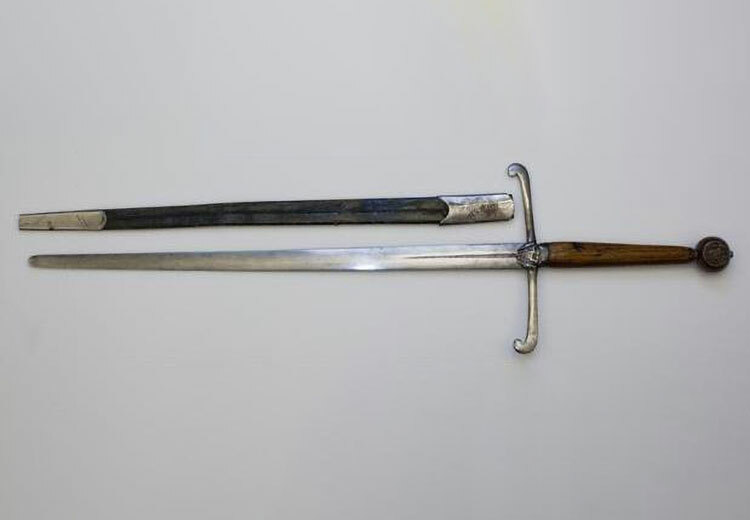 Carried by the Sword Bearer at the annual Tynwald Day ceremony. 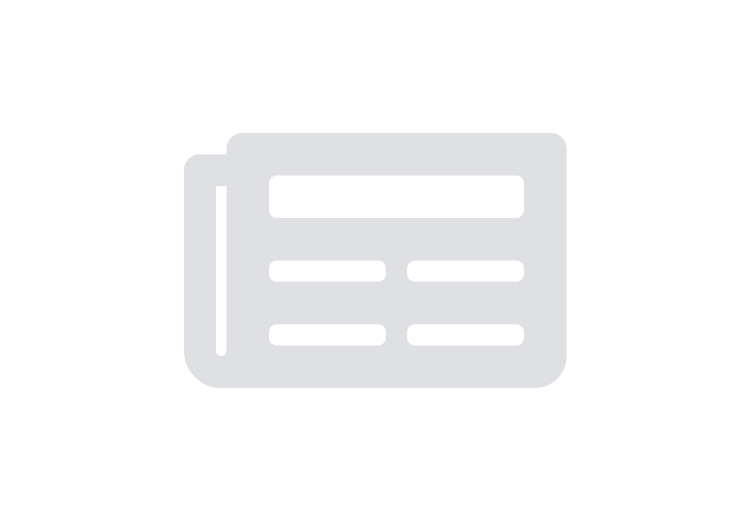 Further resources on the Manx language.