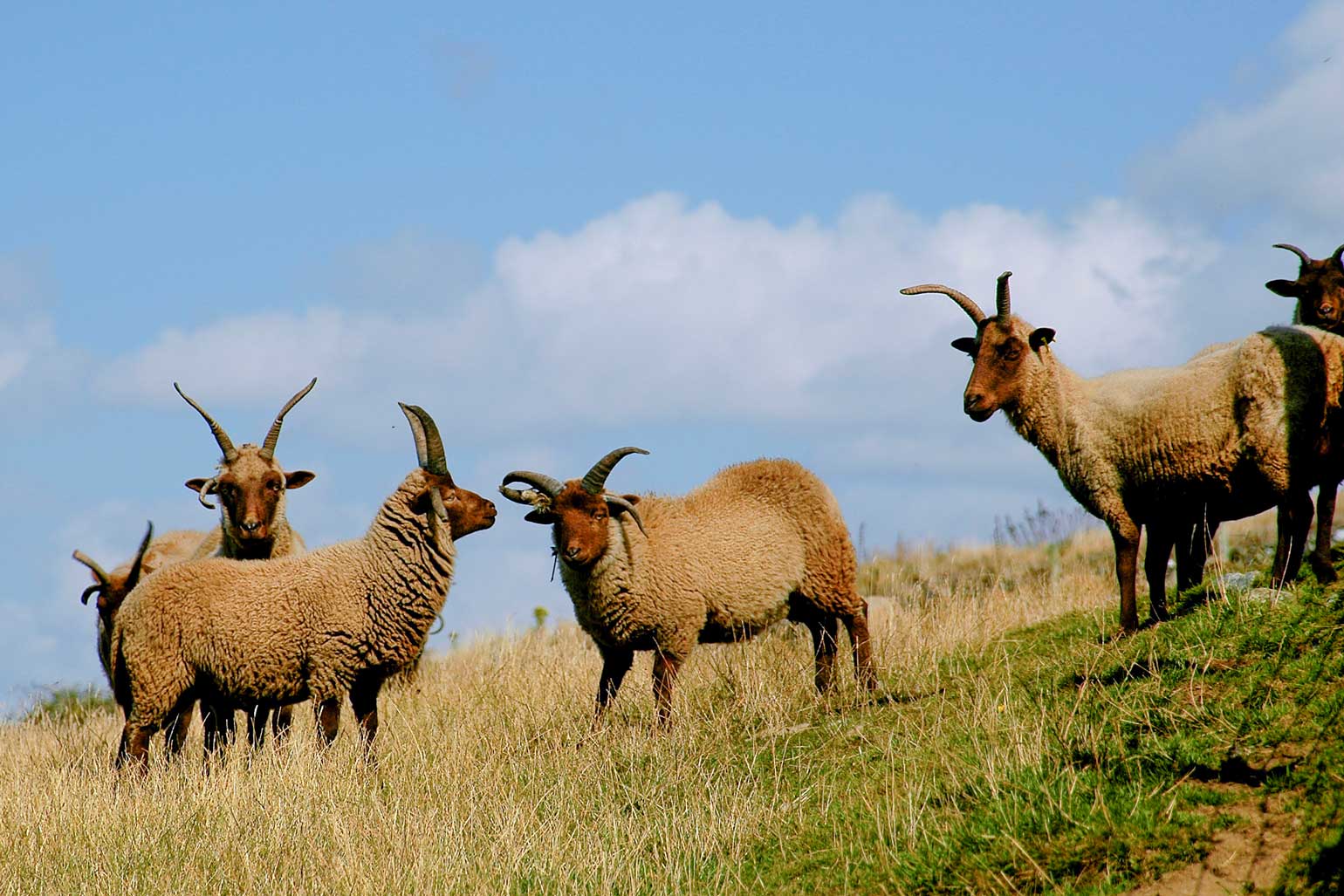 The Isle of Man is developing a quality reputation for its own produce, particularly, cheeses, seafood, beers and ice creams. Food production is carefully regulated and monitored by the Department of Environment, Food and Agriculture (DEFA).

DEFA encourage a responsible attitude to farming and fisheries.

The total agricultural acreage (including rough grazings) is around 113,000 acres or 80% of the land mass of the Island, with agriculture basically a mixed farming industry.

The agricultural livestock population mainly comprises cattle, sheep, pigs and poultry (eggs and broiler production). Traditional mixed and small scale farming is still prevalent but in decline. Instead, there are continuing trends towards specialist and larger scale agricultural units.

The Manx climate favours grass production and so dairy farming is the most important sector, followed by beef and sheep. Rough grazings remain as natural or semi-natural grassland used for extensively grazed flocks and herds.

A considerable range of combinable crops are possible in the more suitable arable areas, but seasonal market demand still necessitates the importation of some green vegetables and salads.

The Island has an international reputation for its low animal disease status, with no record of a major epidemic diseases having occurred (which other countries accept as commonplace).

Cheese, together with beef and lamb, are the main agricultural exports with about half of total production exported - primarily to the UK. Other commodities exported include livestock, cereals, seed potatoes, wool, horticultural produce and flowers (especially roses).

Scallops and the related but smaller queen scallops (queenies) are economically the most important species and the mainstay of the Manx fishing fleet. A significant quantity of locally caught crab/lobster and scallops are also exported, mainly to European destinations.

The Island is noted worldwide for the Manx kipper, produced from the summer/autumn herring fishery. However the fishing grounds around the Isle of Man also yield a variety of other species which are valued by both commercial and leisure fisherman - notably cod, sole, skate and plaice.

Conservation of stocks is a priority of the Department, and over-fishing of some species has resulted in the introduction of closed season restrictions, catch controls and minimum size restrictions on scallops, herring and whitefish species.

Inland, the Department maintains a freshwater fish hatchery and produces both brown and rainbow trout to stock the Island's rivers and reservoirs. The future of the unique Manx Salmon strain is also safeguarded, not only by collecting eggs from the spawning stock and nurturing them prior to release, but by mounting patrols to combat poaching.

Back to Isle of Man Business Sectors