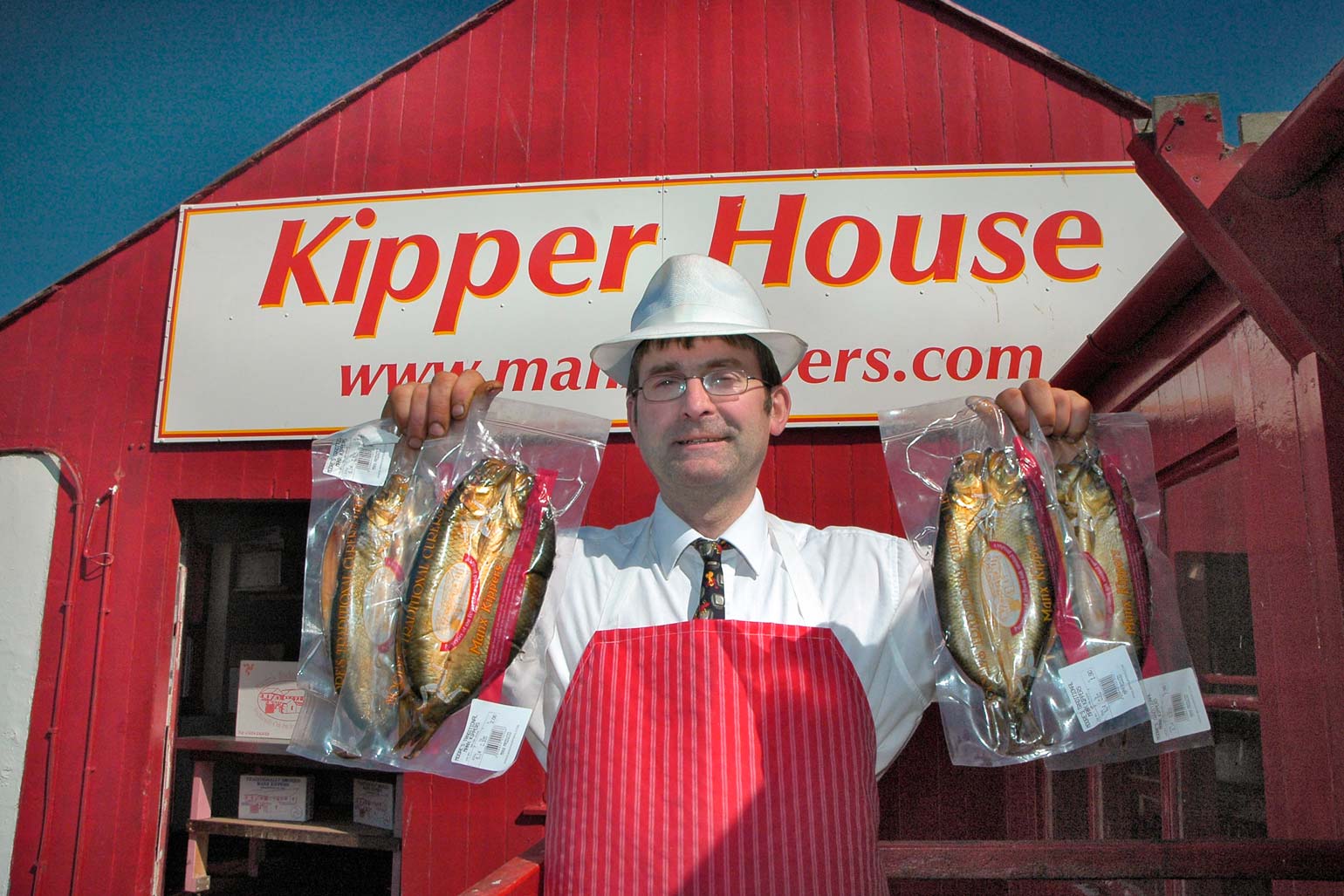 The Manx Kipper is a local delicacy and is recognised worldwide. 'Queenies' are also important to the island, but we are currently facing a shortage in supply.

Scallops and the related but smaller queen scallops ('queenies') are economically the most important species to the Isle of Man, and are the mainstay of the Manx fishing fleet.

Unfortunately a recent study by Bangor University revealed that stocks around the Island are dangerously low, and so fishing restrictions have been put in place.

A significant quantity of locally caught crab/lobster and scallops are exported, mainly to European destinations.

The Island is noted for the famous Manx kipper, produced from the summer/autumn herring fishery.

However, the fishing grounds round the Isle of Man also yield a variety of species which are valued by both commercial and leisure fisherman - notably cod, sole, skate and plaice.

Conservation management of stocks to safeguard the future viability of fishing opportunities is a priority of the Department.

Over-fishing of some species has resulted in the introduction of closed season restrictions, catch controls and minimum size restrictions on scallops, herring and whitefish species.

Inland, the Department maintains a freshwater fish hatchery and produces both brown and rainbow trout to stock the Island's rivers and reservoirs.

The future of the unique Manx Salmon strain is also safeguarded, not only by collecting eggs from the spawning stock and nurturing them prior to release, but by mounting patrols to combat poaching.

The Manx Government, through its Department of Environment, Food and Agriculture, acknowledges this importance by making a range of financial support accorded to the catching sector of the sea fishing industry by way of grant and loan assistance for the acquisition and improvement of fishing vessels. Financial incentives are available to encourage Manx registered/crewed vessels to land fish to local processors, technical services and education.

The Department also has its own fishery protection vessel, "Barrule", which operates within the Island's territorial waters.

Back to Isle of Man Infrastructure