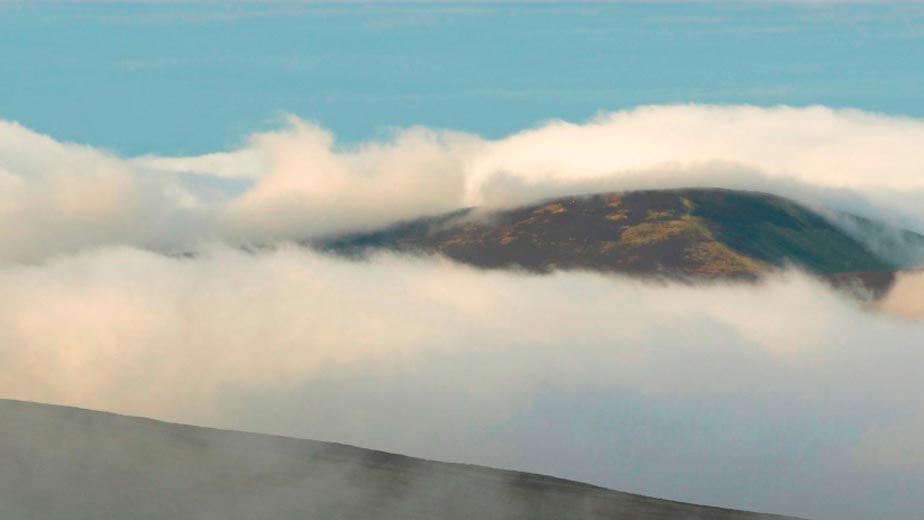 On the ancient kingdom of the Isle of Man, folklore and superstition are woven deep into the fabric of everyday life.

Any land with a history as chequered as the Isle of Man's is bound to be rife with legend and superstition. To the Manx people, however, many of the stories of ghosts, goblins, giants and other creatures which supposedly inhabit the Island - stories passed down from generation to generation - hold more than a grain of truth.

Take, for example, the Little People of Fairy Bridge. Should you cross the bridge, which lies just past Santon Station on the main Douglas - Castletown road, without saying so much as Laa Mie (good day) to the faries, you cannot be sure of a safe and pleasant visit.

Then there are the stories of the ghostly black dog of Peel Castle and of Gef the talking mongoose, who haunted the lonely mountain farmhouse.

It is said the on 30th April many islanders fix a wooden cross, bound with sheep's wool, to the inside of their front door to ward off malicious fairies, while on the same night the blowing of horns on Peel Hill is calculated to banish evil spirits.

For visitors, an altogether more tangible and gentler aspect on Manx tradition lies in the Island's much admired arts and crafts. examples of this work in its many forms can be seen in galleries and craft shops across the Island.

If all this sounds like too much hard work, you can simply admire the Island's many beautiful tendered parks and gardens, such as the colourful sunken gardens of Douglas or the attractive Arboretum of St Johns.

Discover Some of Our Myths & Folklore