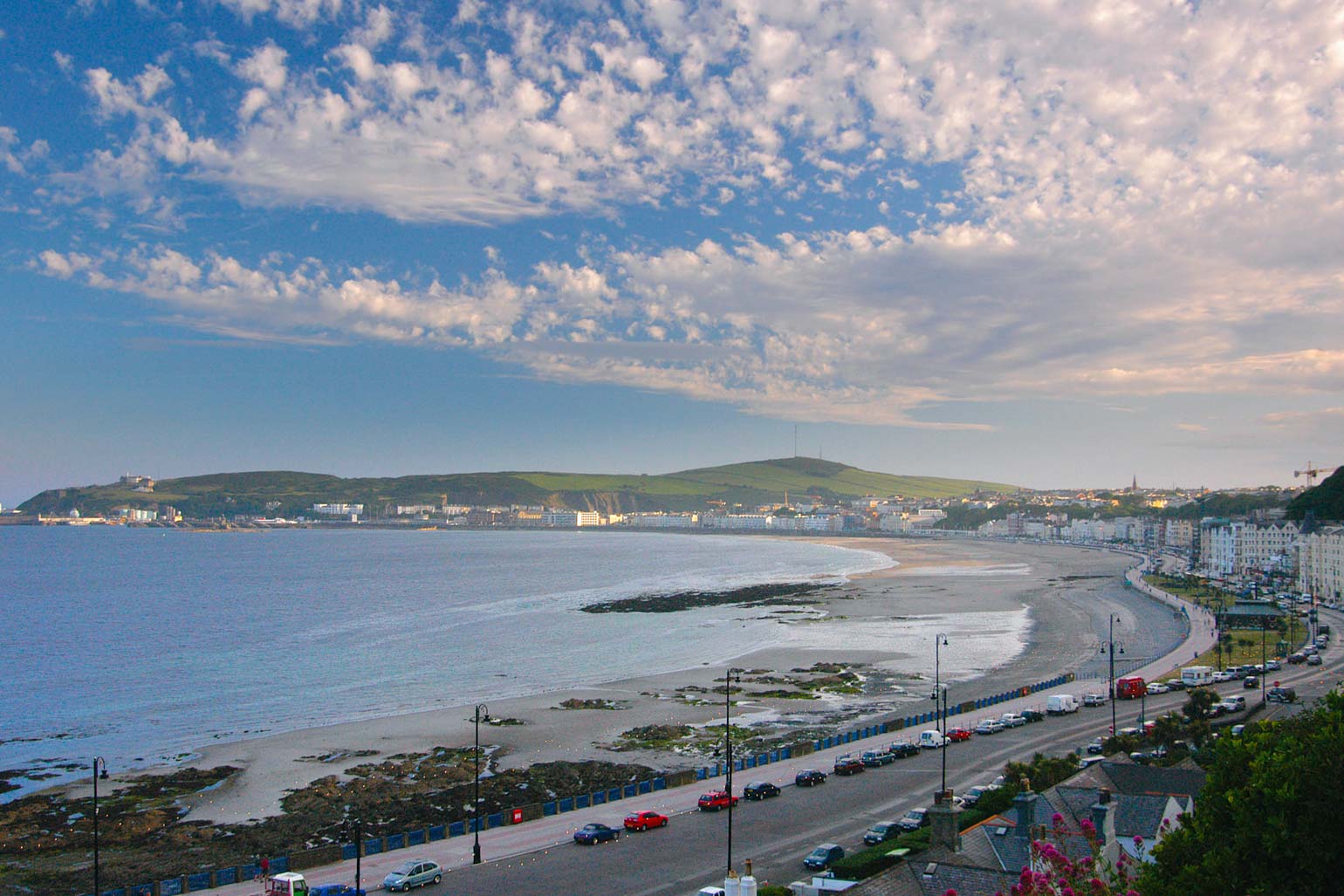 No matter where you go on the Isle of Man, you're never far from the sea and the Island's spectacular 100-mile coastline of expansive sands, attractive resorts, bustling harbours and dramatic headlands.

Starting at Douglas and travelling clockwise around the coast will bring you in turn to the charms of 9 towns and villages, with delightful discoveries such as Niarbyl and Maughold Head sandwiched in between.

In the south of the Island, the imposing medieval fortress of Castle Rushen, which gave Castletown its name, stands sentinel over the historic harbour and quay.  Enjoy the sands of Chapel Bay and the fishing boats and yachts in Port St Mary, or travel to Port Erin for its instantly recognisable for its cafe and beach lighthouse.  Much-photographed Port Erin is a wonderful combination of golden sands and rocky inlets, with excellent walks to Bradda Head.

Travelling northwards, the historic fishing port of Peel is popular for its fine sands, delicious Manx kippers and attractions such as the House of Manannan and Peel Castle.

At the geographical heart of the island is the attractive village of St John's, the historical home of Tynwald, the Manx parliament with its famous four-tiered grass hill.  In the north of the island, Ramsey is proud of its bustling harbour and sandy beach and nearby are the attractions of Mooragh Park and boating lake.

Following the rugged coastline further south, the picturesque former mining village of Laxey at the mouth of the valley is famous for its giant waterwheel and also has a small pretty harbour and pebble beach. Laxey lies on the Garff Sheading Heritage Trail. Onchan Village lies just to the north of Douglas and boasts a pleasure park, a historical link to the infamous "Mutiny on the Bounty" and three delightful leafy Manx glens.

Douglas, the capital of the Island, sits on the 2-mile crescent of Douglas Bay, fringed by the promenade, embracing the busy harbour where ferries and pleasurecraft come and go.  Douglas retains its Victorian charm but is also an important international centre of banking, finance and commerce - a modern capital boasting an excellent choice of restaurants and wine bars, new shopping facilities and attractive waterside pubs and cafes.

And whether you've been busy taking in the sights or doing nothing more strenuous than chilling out, there's no better end to a perfect day than a glorious Peel sunset.